A gold bar from the S.S. Central America, which capsized in 1857. A pair of Canadian plumbers, Alif Babul and Dean Materi, discovered a gold brick valued at about $50,000 while renovating a client's bathroom. Babul, who owns Perfection Plumbing & Gas Ltd., said it's his company's policy to return any items found while on the job. Photo by UPI/John Angelillo | License Photo

Alif Babul and his employee Dean Materi discovered a one-kilogram gold brick while performing a bathroom renovation in Calgary in mid-February.

The two plumbers discovered the gold brick underneath a pile of rubble and nearly threw it in the trash before realizing what it was.

"I seen a gold shimmery thing on the ground and I thought it was a cooper light fixture," Materi told the Calgary Sun. "But when I went to shovel it up, it seemed kind of heavy. I picked it up and it was a gold brick."

They later found that the brick's value was estimated at nearly $50,000.

While both men were initially excited about the potential windfall, they ultimately decided to return the brick to its owners.

"My wife and I had a long chat about that," Babul told the CBC. "I said to my wife, 'I don't know if it's a good thing or a bad thing, but it's the right thing to do."

Babul said he has found valuable items while working before, including a collection of rare "Daredevil" comic books, but said his company's policy at Perfection Plumbing & Gas Ltd. is to turn any items found over to their proper owners.

"We always return what we find," he said.

Odd News // 2 hours ago
Stuck cat rescued from underneath car in Florida
May 24 (UPI) -- Authorities in Florida came to the rescue of a cat that became stuck while apparently attempting to climb into the undercarriage of a vehicle. 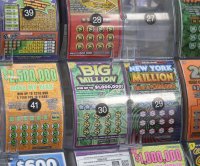 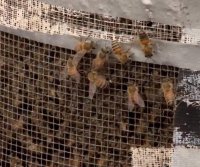 Odd News // 3 hours ago
15,000 bees removed from equipment at New Orleans airport
May 24 (UPI) -- A team of bee removal experts were summoned to Louisiana's largest airport to remove more than 15,000 swarming insects that had taken up residence on a piece of equipment.

Odd News // 5 hours ago
Raccoon gets stuck head-first in California home's roof
May 24 (UPI) -- A California animal shelter helped a local homeowner with an unusual problem: a raccoon with its head stuck through a hole in the roof.

Odd News // 5 hours ago
Baby deer rescued from Texas storm drain
May 24 (UPI) -- Emergency responders in Texas came to the rescue of a baby deer that became trapped in a city storm drain.