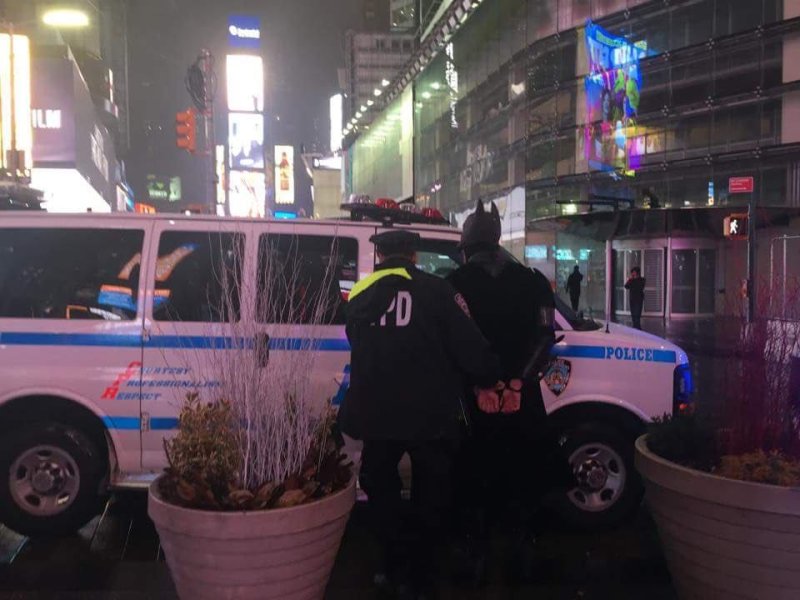 A man dressed as Batman in Times Square was arrested after attempting to steal $50 from a pair of Irish tourists who stopped to take a photo with him. Photo by ABetterTimesSquare/Twitter

NEW YORK, Feb. 25 (UPI) -- A man dressed as Batman in Times Square was arrested after attempting to steal money from a pair of tourists while posing for a picture.

Jose Escalona-Martinez, 42, attempted to steal $50 from a pair of Irish Tourists who stopped to take a picture with him in his Batman costume around 8:30 p.m. on Wednesday night.

Twitter account A Better Times Square shared a photo of Escalona-Martinez being taken and called for action.

"A dark night for Gotham when fake batman is led away in cuffs," they wrote. "Time to enact Mayor [Bill de Blasso] reforms ASAP!"

A history of similar incidents has not caused Batman and other costumed characters to be banned from Times Square, but de Blasso assembled a Times Square Task Force to keep characters in check as NYPD deployed 100 additional officers to the area.

A dark night for Gotham when fake batman is led away in cuffs. Time to enact Mayor @billdeblasio reforms ASAP! pic.twitter.com/6YhXfEBYXw

Odd News // 7 hours ago
New York woman's lost dog turns up 5 years later, 1,000 miles from home
Jan. 18 (UPI) -- A New York woman whose dog went missing five years ago was reunited with the canine when the pet turned up at a shelter 1,000 miles away in Tennessee.

Odd News // 8 hours ago
Minnesota parents use multicolored ice blocks to build front yard igloo
Jan. 18 (UPI) -- A Minnesota family's home is grabbing the attention of passers-by with an unusual new feature in their front yard: a more than 6-foot-tall igloo featuring multicolored blocks of ice. 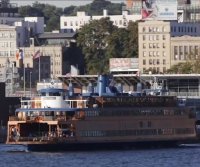