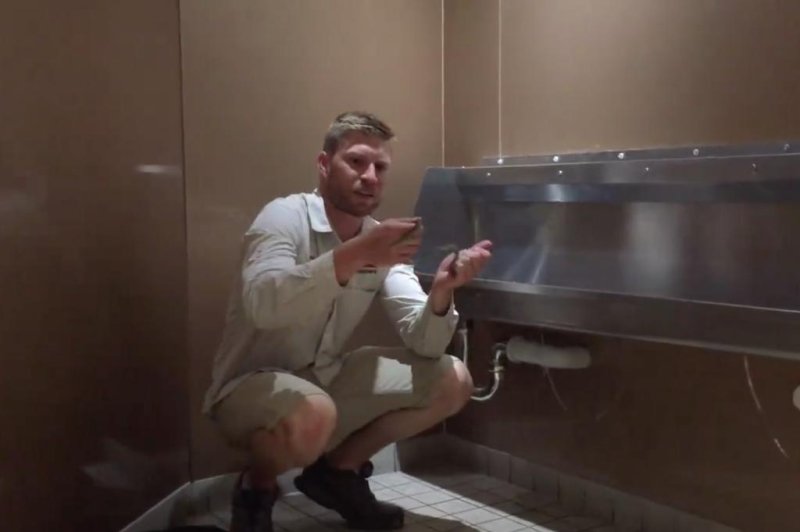 An Australian snake catcher responded to a snake found under a urinal trough found in a hotel bathroom. Photo by Sunshine Coast Snake Catchers 24/7/Facebook

SUNSHINE COAST , Australia, Feb. 2 (UPI) -- Snake catchers in Australia responded to a call of a snake hiding under a urinal of a hotel bathroom.

Sunshine Coast Snake Catchers 24/7 shared video of an employee named Richie responding to the call and removing the small, non-venomous snake from underneath the trough of the men's toilet facility at the Waterfront Hotel.

"The snake was concealed so anyone could have gone for a number one and not even noticed it," they wrote in the Facebook post. "Luckily it was a harmless Common Tree Snake and not something venomous."

Sunshine Coast Snake Catchers also mentioned that snakes can seek the cool tiles and toilets found in public restrooms to cool themselves down from the outdoor heat of daytime.

Richie was able to reach down and grab the snake with little trouble, a contrast from his dangerous struggle to capture a lace monitor in January.

WHEN YOU GOTTA GO, YOU GOTTA GO…. EVEN SNAKESRichie was called to the Waterfront Hotel in Maroochydore where he found a...