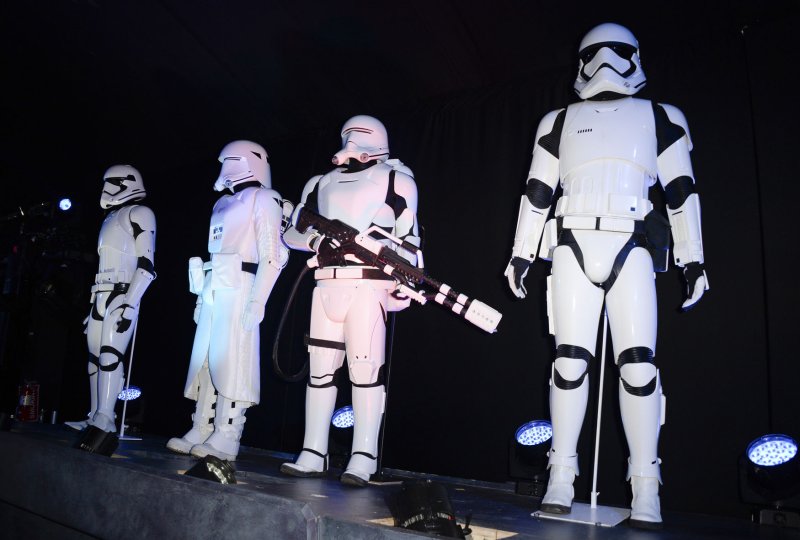 Themed decor and characters from the films are seen at the premiere of the film "Star Wars: The Force Awakens" held in the Hollywood section of Los Angeles on December 14, 2015. Photo by Phil McCarten/UPI | License Photo

WASHINGTON, Jan. 14 (UPI) -- An image of a truck bearing a spoiler for the plot of Star Wars Episode VII: The Force Awakens received negative reactions after being posted online.

The photo, featuring a black Jeep SUV with a major plot point for the most recent Star Wars film written on the back window, was posted to Reddit and later shared on image-sharing site imgur.

Odd News // 3 hours ago
Menu from 1913 found in rafters of British cafe
May 6 (UPI) -- Workers doing renovations on a cafe in England made a surprising discovery inside the ceiling -- a menu from the restaurant that occupied the building in 1913.

Odd News // 4 hours ago
Rebar impales truck in Florida, driver uninjured
May 6 (UPI) -- A truck driver in Florida walked away uninjured when several pieces of construction rebar pierced the front of the vehicle.