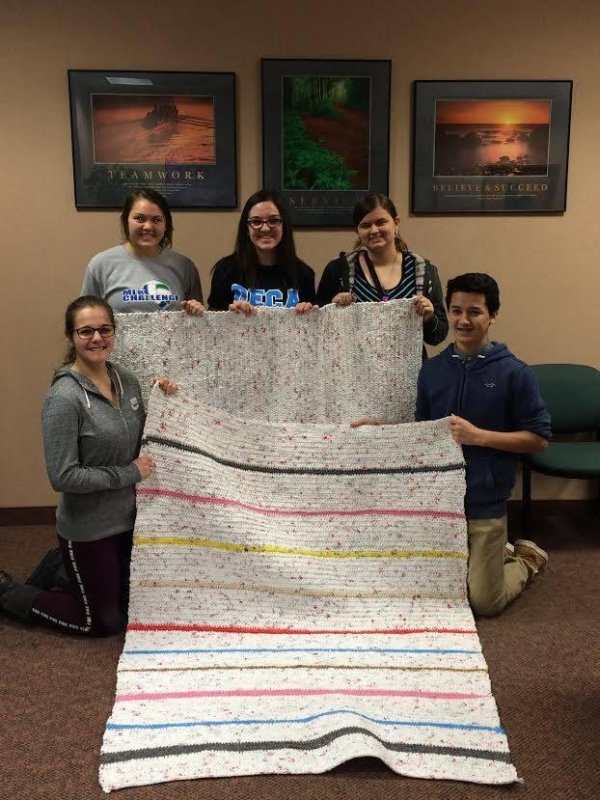 The National Honor Society at Three Rivers High School said its "Mile of Mats" project is aimed at making enough crocheted grocery bag sleeping mats to stretch for an entire mile, but students have a ways to go -- they only finished two mats in the first week of the project.

The students said each 6-foot-by-4-foot mat requires 500-700 bags and multiple hours of work. They said production is expected to speed up as more volunteers are recruited for the project.

"Its not an individual sport," Ashley Eby, the school's NHS adviser, told WXMI-TV. "We've got a lot of people involved. And really that's what NHS is all about -- is getting our community involved and being able to serve and help all together."

The NHS, which is aiming for a goal of 880 mats, is asking members of the public to pledge $200 per mat, with an aim of raising $176,000 for the NHS and other community projects. The group is also seeking donations of crocheting needles and recyclable plastic grocery bags.

"Its [means] quite a bit to be able to give back to the community, especially the homeless who, no one really realizes how many homeless people are here in Michigan," junior Michael Hayes said.