Police in Racine County, Wis., helped find a new home for a beaver that caused traffic problems after wandering onto a local road. Photo By Village of Caledonia Police Department/Facebook

CALEDONIA , Wis., Dec. 18 (UPI) -- Police in Wisconsin moved a beaver to a new home after the animal caused a brief traffic stoppage.

The Village of Caledonia Police Department posted photos to its Facebook page, showing a beaver that caused traffic problems after wandering out onto a local road.

"It was the last thing I'd thought I'd see," Officer Andrew Gelden told The Journal Times. "But there it was: a beaver in the roadway."

Gelden, who is trained to deal with animals, was able to lure the beaver into his patrol car and drive him to a local pond.

The beaver was not injured, but was given a lecture on proper pedestrian behavior.

Odd News // 15 hours ago
Visitor to Indiana casino scores record jackpot on $1 slot machine bet
July 28 (UPI) -- A visitor to an Indiana casino walked away with a $690,623 jackpot -- the largest in the facility's industry -- after placing a $1 bet at a slot machine.

Odd News // 15 hours ago
Dog missing for two years spotted on TV news segment
July 28 (UPI) -- A Wisconsin man was reunited with his family's missing dog nearly two years later after he spotted the canine in a TV news segment about adoptable pets. 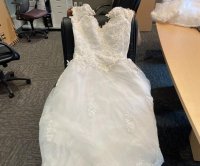 Odd News // 18 hours ago
Bull moose removed from Colorado parking garage
July 28 (UPI) -- Wildlife officials in Colorado said a large bull moose was tranquilized and relocated after wandering into the ground floor of a parking garage.