Secret Santa pays off $79,000 worth of Walmart layaway bills

HARRISBURG, Pa., Dec. 16 (UPI) -- Customers at a Pennsylvania Walmart have a reason to be merry this Christmas after an anonymous Secret Santa paid $79,000 toward strangers' layaway bills.

Christy Evans, manager at the Walmart in Harrisburg, said a man identified only as "Santa B" paid $79,000 at the layaway counter to clear out the remaining balances for dozens of shoppers still working to pay off their holiday gifts.

Evans said the anonymous payment was the largest pay-it-forward donation the store has seen. She said customers coming in to make payments reacted with shock to the news.

"It's a lot of mixed reactions," Evans said, "Complete relief to customers just breaking down and crying." Tracy Folks, a shopper whose layaway was one of those wiped out by Santa B, said she has had a "rough" year and was going to cancel her layaway until her mother called to tell her about the generous gesture.

"And I started crying right away on the phone," she said.

Thomas D. Etzle Jr., another customer whose debt was wiped clean, said this was his first year using layaway because he recently lost his job.

"It may not have been a large layaway but to truly feel the Christmas [Spirit] is PRICELESS," Etzle wrote in a comment on the Middletown Residents United Facebook page.

Odd News // 2 hours ago
Man uses lottery numbers from dream to win $3.4 million jackpot
Dec. 6 (UPI) -- An Australian man said a dream about winning the lottery provided him with the numbers he used to win a jackpot of nearly $3.4 million.

Odd News // 3 hours ago
Missing cat reunited with Texas family after six years
Dec. 6 (UPI) -- Animal rescuers in Texas said a cat recently picked up as a stray was reunited with her family, who revealed the feline had been missing for six years.

Odd News // 3 hours ago
11-foot, 7-inch Hulk costume made from balloons breaks Guinness record
Dec. 6 (UPI) -- A British cosplayer broke his own Guinness World Record when his Incredible Hulk costume made entirely of balloons was measured at 11 feet, 7 inches tall. 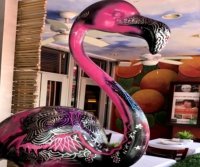 Odd News // 6 hours ago
Kitten rescued after more than week trapped in storm drain
Dec. 6 (UPI) -- Animal rescuers and firefighters teamed up in Arizona to rescue a kitten trapped in a storm drain for more than a week.

Odd News // 7 hours ago
Police chase loose camel through Kansas city
Dec. 6 (UPI) -- Police in Kansas said they spent "the entire day" Sunday chasing an escaped camel that trotted across a golf course, ran down a highway and visited a few neighborhoods.