Thank you @jrbowe and @rvkgrapevine for reuniting me with this picture. I'm in awe.

REYKJAVIK, Iceland, Dec. 3 (UPI) -- A man used social media to track down a photo of his engagement proposal after accidentally giving the photographer the wrong email address.

Amateur photographer Jessica Bowe happened to capture a photo of English vacationers Michael John Kent and Fiona Newlands' engagement proposal while snapping photos of the falling snow in downtown Reykjavik. She then approached the couple and asked if they would like her to send them the photo as the groom-to-be typed out his email address overcome by nervous excitement.

When Bowe arrived home after the encounter she noticed something out of the ordinary.

"I checked my 'sent mail' folder and noticed nothing there. I found the email with the photo stuck in my outbox, lingering with no email address. " she told the Reykjavik Grapevine. "It was a bit of a panic moment so I went to Plan B: the power of the internet."

Kent took a similar route when he began to worry about the whereabouts of the photo, posting pleas of for help to Facebook.

Kent was ultimately able to find the photo after Bowe posted it to Reykjavik Grapevine's Instagram page and recapped the whole experience in a Facebook post.

"I can't believe what's happened," Kent wrote. "The woman who took the picture of me proposing to Fiona in the street, posted it online after I put my email in wrong on the night. Through me posting on Twitter we were reunited with the photo. I can't believe it." 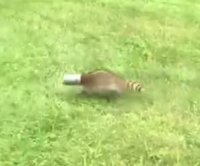