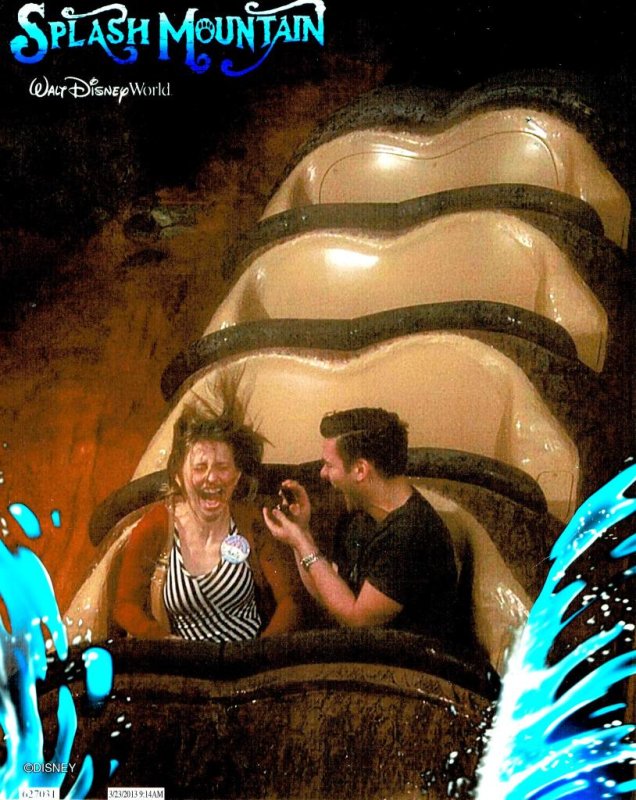 ORLANDO, Fla., Dec. 3 (UPI) -- A photo of a marriage proposal at Disney's Magic Kingdom park has gone viral after the groom posted it online.

The photo featured the title "She wanted a picture of her engagement so I made sure to get one."

De Nicola explained the details behind the unique proposal in the post.

"My wife and I have always been huge Disney fans. We both grew up going every year. She knew that I had bought a ring, so the only thing I had left was the element of surprise," he wrote. "I knew what her favorite ride was, and I knew that the last place she would expect me to pop the question was the drop."

Dee Maria also shared her side of the story in a blog post on Magical Day Weddings, a site that compiles stories about Disney-related proposals and weddings.

She explained that the two made their way to an eerily empty Splash Mountain and were congratulated by Disney employees when the ride ended.

"How were they able to hang out and take pictures with us while the ride was going?" she wrote. "It turns out that Splash Mountain was supposed to be closed that morning for maintenance...but since Patrick had contacted them ahead of time they decided to hold off the closing until we arrived!"

The couple also returned to Disney World in 2014 for their wedding ceremony.

Odd News // 52 minutes ago
Siberian marathon might be coldest of all time at minus 63.4 degrees
Jan. 26 (UPI) -- A marathon in Siberia may have broken a Guinness World Record when runners braved temperatures of 63.4 degrees below zero.