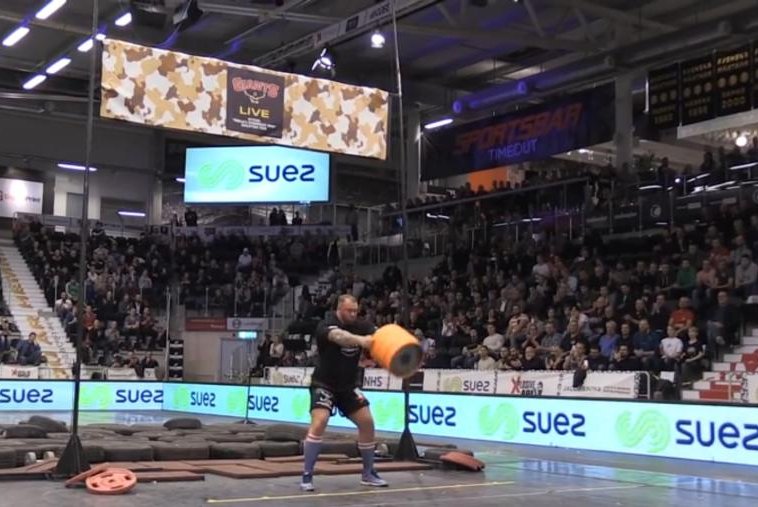 Bjornsson, known as "Thor" to his fans and as Gregor "The Mountain" Clegane to fans of HBO drama Game of Thrones, threw the 33-pound keg 24 feet and 6 inches into the air Saturday at the Giants Live strongman contest in Sweden.

"I am going to throw it through the roof," the World Record Academy quoted Bjornsson as saying prior to his feat.

Bjornsson, who previously set the Guinness World Record by throwing a lighter 27-pound keg more than 26 feet into the air, picked up event announcer Colin Bryce after his successful throw Saturday and carried the host on his shoulder for a victory lap.

Odd News // 11 hours ago
Visitor to Indiana casino scores record jackpot on $1 slot machine bet
July 28 (UPI) -- A visitor to an Indiana casino walked away with a $690,623 jackpot -- the largest in the facility's industry -- after placing a $1 bet at a slot machine.

Odd News // 11 hours ago
Dog missing for two years spotted on TV news segment
July 28 (UPI) -- A Wisconsin man was reunited with his family's missing dog nearly two years later after he spotted the canine in a TV news segment about adoptable pets.

Odd News // 15 hours ago
Bull moose removed from Colorado parking garage
July 28 (UPI) -- Wildlife officials in Colorado said a large bull moose was tranquilized and relocated after wandering into the ground floor of a parking garage.