A woman shows off her Pope Francis t-shirt during a parade for Pope Francis on Constitution Ave. following a State Arrival ceremony at the White House in Washington, D.C. on September 23, 2015. Photo by Kevin Dietsch/UPI | License Photo

A woman celebrates along the parade route for Pope Francis, following a State Arrival ceremony at the White House in Washington, D.C. on September 23, 2015. Photo by Kevin Dietsch/UPI | License Photo

A woman takes a selfie photograph during a parade for Pope Francis on Constitution Ave. following a State Arrival ceremony at the White House in Washington, D.C. on September 23, 2015. Photo by Kevin Dietsch/UPI | License Photo

Since Monday, Metro has been issuing a free Pope Francis SmartTrip card protective sleeve with any purchase made from any of the transit agency's five sales offices. The sleeve commemorates his Sept. 22 to 24 visit.

The sleeve will be given for free while supplies last.

The system also wants patrons to have their fare cards loaded and ready upon arriving at Metro stations so as to minimize delays. Thousands of people are expected to use the Metro system during the Pope's visit, and Metro is already running extra trains and suspending track work in anticipation of the crowds.

Now that Pope Francis has blessed fare cards, Metro riders want him to bless their system. A petition launched on Change.org is asking the Pope to bless the transit system in D.C. so that "it actually works."

D.C. Resident Noah Rosenheck opened the petition, saying he's "willing to try anything" to get the subway system to work properly.

"Maybe a Papal Blessing is just what it needs," the petition reads. As of Tuesday afternoon, 1,412 people have signed the petition.

{linkSubway service was partially suspended on Monday: "http://washington.cbslocal.com/2015/09/21/service-restored-after-fire-stadium-armory-metro-station/" target="_blank"} near the Stadium-Armory Metro station after one of three subway transformers at the RFK Stadium parking lot caught on fire. As work began on the broken transformer, trains operated at lower speeds when passing through the area so as to reduce power draw. 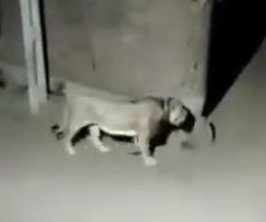 Odd News // 16 hours ago
Apartment residents use pulley system to retrieve pizza from driver
April 6 (UPI) -- A pair of Missouri residents shared video of their creative way to interact with their pizza delivery driver and retrieve their food without leaving their second-floor apartment.

Odd News // 17 hours ago
Deer taking over Calgary neighborhood during lockdown
April 6 (UPI) -- Residents of Calgary, Alberta, said the streets being emptied of travelers amid the coronavirus pandemic has led to an influx of unusual visitors -- a large herd of deer.

Odd News // 18 hours ago
Dog rescued from deep coastal chasm
April 6 (UPI) -- Rescuers on the Isle of Man are asking residents to remember to use leashes when walking their dogs after a canine fell into a deep chasm while out for a stroll.

Odd News // 19 hours ago
British firefighters clean up industrial foam spill
April 6 (UPI) -- Firefighters in Britain were summoned to an industrial property to deal with an unusual situation -- a spill of more than 30 gallons of fire retardant foam.

Odd News // 20 hours ago
Elephants rescue calf from water tank in India
April 6 (UPI) -- An elephant calf that fell into a water tank in India was rescued by adults from the herd after the animals prevented forest rangers from approaching. 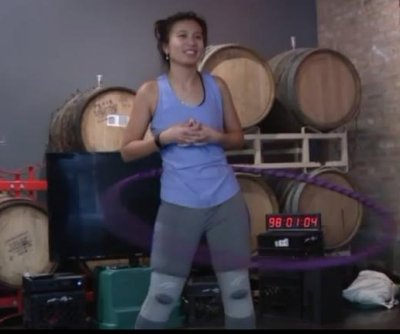 Odd News // 21 hours ago
Guinness approves Chicago woman's hula hoop world record
April 6 (UPI) -- A Chicago woman said she has been officially notified after months of uncertainty that she captured a Guinness World Record for hula hooping for 100 consecutive hours. 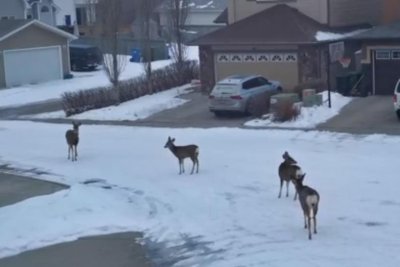