Scale model of the solar system created in Nevada desert 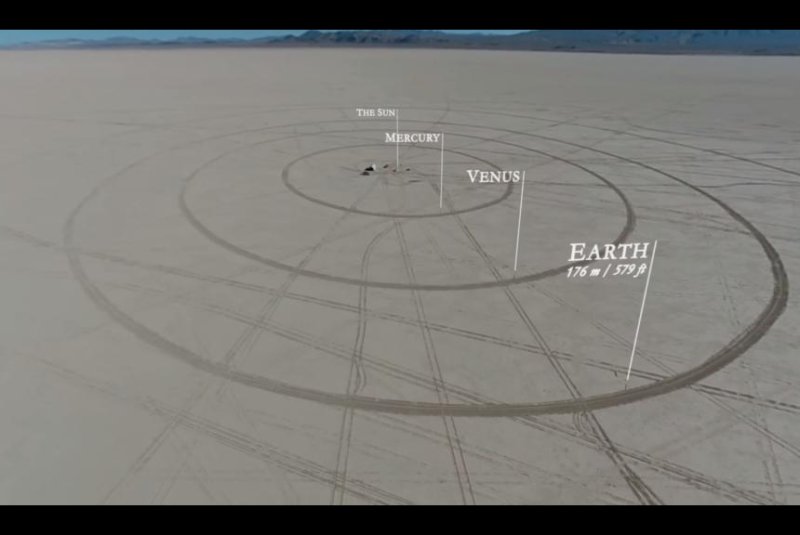 BLACK ROCK DESERT, Nev., Sept. 17 (UPI) -- A pair of filmmakers visited a dry lake bed in Nevada to build what they describe as the first-ever scale model of the solar system.

Wylie Overstreet and Alex Gorosh, who posted the video on YouTube and Vimeo, said they wanted to show the true size of the solar system and the distance between its sun and planets by building a scale model in Nevada's Black Rock Desert.

The model began with a marble-sized Earth, which to scale meant the entire model required 7 miles of empty space.

The friends used a time-lapse camera to drive each planet's orbit with a differently-colored light to clearly show the differences.

The team tested the accuracy of their project at sunrise by standing in the orbit of their model Earth and noting that from their perspective, the model sun and the real sun appeared to be the same size.

The filmmakers dubbed their project, "a true illustration of our place in the universe."