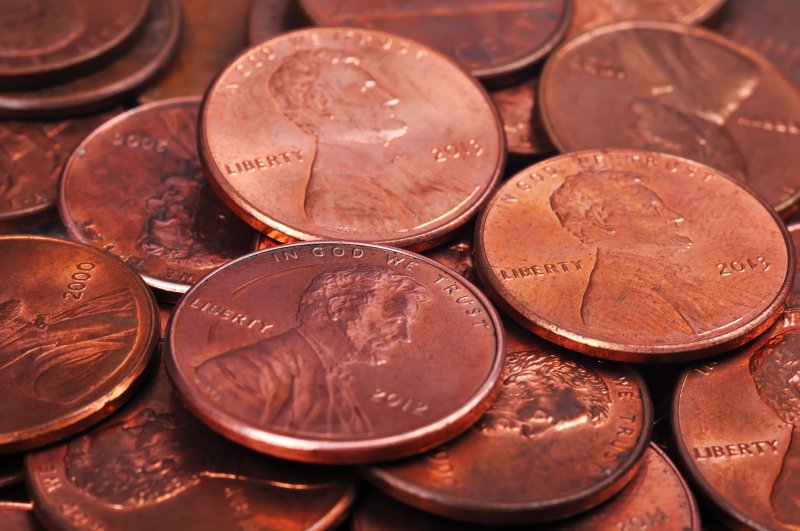 A pile of pennies. Photo by vetkit/Shutterstock.com

CHAMBERSBURG, Pa., Aug. 13 (UPI) -- A Pennsylvania man who attempted to "inconvenience" officials by paying his parking ticket with 2,500 pennies said his coins were rejected.

Handyman Justin Greene of Shippensburg said he was irked when he received a $25 ticket on his work truck for parking on the wrong side of a Chambersburg street for about 10 minutes, so he brought a payment of 2,500 pennies to a Chambersburg borough office counter.

"I just feel the amount was ridiculous," Greene told the Chambersburg Public Opinion newspaper. "I work too hard for my money and thought it would be fun to get back at someone, inconvenience them like they inconvenienced me."

However, officials told him they would not accept the payment, citing a federal regulation.

"Federal law specifies pennies and nickels as small change and not legal tender for debts in excess of 25 cents," Borough Finance Director Jason Cohen quoted a notice in the office as reading.

Cohen said the borough would accept quarters and dimes as payment.

Greene said he is still weighing other options for paying the fee.

"I haven't paid it yet," he said. "I've been busy and I still have time. I'm trying to think of an alternative way to inconvenience them."

Borough Manager Jeffrey Stonehill said in a letter to PennLive that Cohen was incorrect about district policy and that pennies should be accepted as payment. However, he said he does not agree with Greene's actions.

"I do not support this citizen's protest. He is quoted in the newspaper admitting to illegally parking the wrong way on a street. Finally, tormenting a borough cashier, rather than pleading not guilty to the offense in a court of law, which is his right, is not an appropriate protest, in my opinion."