"It's certainly a lion-ish creature, but we have not had any confirmed sightings by anyone since then," Milwaukee Police Chief Edward Flynn said. 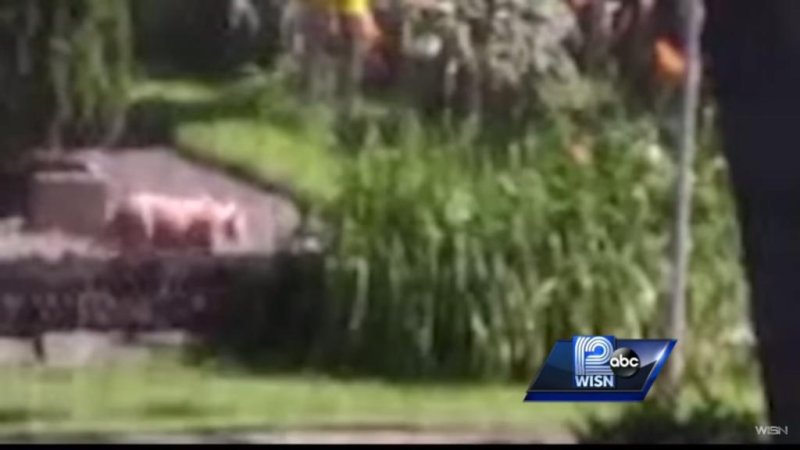 MILWAUKEE, July 22 (UPI) -- Milwaukee police said they are investigating a woman's cellphone video of "a lion-ish creature" that sparked a "Milwaukee lion" craze on social media.

Numerous residents reported spotting an animal variously described as a "lion" and a "mountain lion" Monday in Milwaukee, and local woman Cynthia Wilborn captured video of the creature on her phone and shared it with police.

"Milwaukee Police received a call around 4:10 p.m. on July 20 from a person who saw what she believed was a lion in the 200 block of E. Garfield Avenue. Officers checked the neighborhood for several hours but have received no further reports from anyone seeing a loose animal. Officers contacted the Department of Natural Resources, which advised that anyone seeing a wild cat should call authorities and not try to capture it."

Milwaukee Police Chief Edward Flynn said the identity of the cat in the video has yet to be confirmed.

"It's certainly a lion-ish creature, but we have not had any confirmed sightings by anyone since then," Flynn told WISN-TV.

Flynn said officials contacted the Milwaukee County Zoo, which confirmed all of its lions were in their proper places.

Officials from the state Department of Natural Resources said the animal in the video may have been a female cougar.

"We are treating it seriously. We have got a number of people out there looking," Flynn said. "Certainly, something could have come here from upstate following the deer population."

The Milwaukee Bucks tweeted mascot Bango was being dispatched to search for the lion, while the Milwaukee County Transit System tweeted a Photoshopped picture of a lion riding a bus.

We think we may have seen the #MkeLion on one of our routes today. pic.twitter.com/1XZYLKkJbK

"We think we may have seen the #MkeLion on one of our routes today," the MCTS tweet read.

#MKELION livin it up on Old World Third St... Must be headed to @MadersWI pic.twitter.com/N7vlRq85n9

"#MKELION livin it up on Old World Third St... Must be headed to @MadersWI" the tweet read.

Odd News // 1 day ago
Deer rescued from mesh hammock in the Florida Keys
Sept. 23 (UPI) -- Sheriff's deputies in Florida came to the rescue of a deer found entangled in a mesh hammock.

Odd News // 1 day ago
Bald eagle rescued after truck collision on New York highway
Sept. 23 (UPI) -- Police in New York came to the rescue of a bald eagle found on a highway after colliding with a truck.

Odd News // 1 day ago
Horse rescued from owner's backyard pool in California
Sept. 23 (UPI) -- Animal rescuers responded to a California home to help a horse that ended up stranded in its owner's empty backyard pool.

Odd News // 2 days ago
Road-crossing deer vaults over car on Michigan road
Sept. 22 (UPI) -- A Michigan State Police cruiser's dashboard camera recorded a driver's close call with a deer that managed to make a flying leap over the top of the vehicle.
Advertisement

Alligator floats along the lazy river at Illinois water park

Seal leaves Massachusetts pond after about a week