German traffic light has been red for 28 years

The light on Ziegelstrasse in Dresden has been lit up red since 1987, but annual maintenance costs for the signal still include replacement green and yellow bulbs.

DRESDEN, Germany, June 16 (UPI) -- Officials in Dresden, Germany, said a traffic light that has been red for the past 28 years will remain red for the foreseeable future due to regulations.

The light, where Ziegelstrasse meets three other streets, has been red since 1987 and allows motorists to turn right after stopping, but any motorists hoping to go straight on to Gerokstrasse will almost definitely run out of fuel before they get a green light.

The traffic light has never lit up yellow or green, despite annual maintenance costs for the intersection including replacement green and yellow bulbs for the signal.

Dresden officials said the city's traffic light planning is based on directives from The Research Institute for Street Transportation.

"The administrative regulation as set out in section 37 paragraph 2 of the of the transportation regulations alludes to the need for an exact plan for traffic light signals," a city representative told The Local.

"Because the green light means 'transport is free to go' all the other lights in conflict to this one must show red. That also includes the light on Ziegelstrasse.

The red light instructs: stop at the intersection. After stopping one is also allowed to turn right if there is a sign to the right of the traffic light that shows a green arrow on a black background.

Because on Ziegelstrasse one is only allowed to turn right, in accordance with regulation 27 section 37 of the transport regulations, we can do without using the traffic signal's green light."

The representative said the same job could not be fulfilled by a stop sign because "stop signs do not correspond to traffic light systems and do not fulfill the same set of regulations." 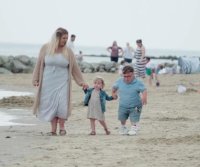 Odd News // 9 hours ago
Police remove 6 1/2-foot python from under woman's bed
June 23 (UPI) -- Police in the Ukraine said they were summoned to an apartment in which a woman discovered a 6 1/2-foot snake lurking under her bed.

Odd News // 11 hours ago
40 cows escape California slaughterhouse, stampede through neighborhood
June 23 (UPI) -- Authorities in California said 38 cows were captured and at least one remains on the loose after the herd of about 40 bovines escaped from a slaughterhouse.