Metro Police Officer Ida Schoener said the dog rode a Metro bus from North Houston to the Downtown Transit Center without its owner.

HOUSTON, March 19 (UPI) -- Authorities in Houston said they are trying to find the owner of a dog that hopped on a city Metro bus and took a 20-mile ride without an accompanying human.

Metro Police Officer Ida Schoener said a man brought the Boston Terrier into her office just before 8 a.m. Monday and said the dog had gotten aboard the No. 44 bus in North Houston by himself and taken the 20-mile ride to the Downtown Transit Center.

"He said he had boarded the 44, just like any other patron. Oh he's cute. He is precious," Schoener told KPRC-TV.

"He couldn't turn him loose," Schoener said, "But the guy had to go to work and he didn't know what to do with him.  I knew he belonged to somebody. He was a friendly little guy."

The dog was taken to Bayou City Veterinary Hospital, where veterinarians said he was a little thin and had a sore ear, but was otherwise healthy.

Police and the veterinary hospital are using social media to try to find the dog's owner.

"Because he's somebody's little friend," Schoener said, "We just wanna make sure he gets back where he belongs."

Odd News // 56 minutes ago
Overdue book returned to Idaho library after 110 years
Nov. 29 (UPI) -- An Idaho library is hailing the return of an overdue book that was checked out from a now-defunct library 110 years earlier. 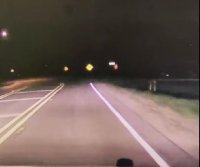 Odd News // 2 hours ago
Bison on the loose for two months spotted in Illinois
Nov. 29 (UPI) -- Police in Illinois said a bison that has been on the loose since mid-September resurfaced on a rural road and was caught on dashboard camera by an officer's patrol vehicle.

Odd News // 2 hours ago
A full '12 days of Christmas' will cost more this year
Nov. 29 (UPI) -- This year, seven swans will still cost over $13,000, the most expensive gift in the song "The 12 Days of Christmas," as almost every other gets pricier, according to PNC's Christmas Price Index released Monday.

Odd News // 2 hours ago
Ikea renting out tiny Tokyo apartment for under $1 a month
Nov. 29 (UPI) -- Swedish furniture company Ikea is offering a "Tiny Home" apartment in Tokyo for the price of less than $1 a month for one year. 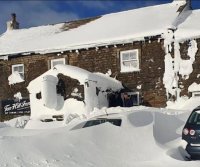