Panama City police said Christopher and Jessica McCormick went to sleep with their puppy inside the garbage container to escape the rain.

PANAMA CITY, Fla., Feb. 25 (UPI) -- Authorities in Florida said a homeless couple and their puppy were rescued from a garbage truck after falling asleep in a trash bin.

Panama City police said the garbage truck driver called authorities Tuesday morning when he heard calls for help coming from the back of his vehicle shortly after emptying the bin behind Catholic Charities in Panama City.

The police report said the driver was able to help a man--identified as Christopher McCormick--out of the back of the truck and Panama City Fire Department workers were able to free the woman, Jessica McCormick, "after removing a large amount of trash."

Police said it took about 20 minutes of sifting through the back of the truck to find the puppy.

The McCormicks, who police said are homeless, were taken to a hospital with minor injuries. The puppy was taken to an Animal Services facility to wait for its owners to be released. 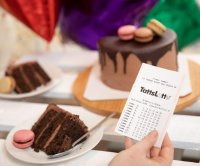 Odd News // 9 hours ago
Woman dodging suspected scam calls finds out she won $1.47M lottery prize
Aug. 2 (UPI) -- An Australian woman who dodged multiple calls from what she suspected to be scammers was shocked when she finally answered the phone and learned she had won a nearly $1.5 million lottery jackpot. 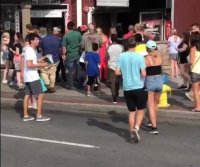