Porsche Indrisie recorded the octopus attack while filming the crab at a Yallingup, Western Australia, beach.

YALLINGUP, Australia, Feb. 24 (UPI) -- A woman filming at an Australian beach captured the moment an octopus jumped out of the water to ensnare an unsuspecting crab out for a walk.

Porsche Indrisie said she was taking video of the crab strolling among the rocks on a Yallingup, Western Australia, beach when a tide pool octopus sprang out of the water and latched onto the crustacean.

"I didn't know why I chose to film this crab, but thought I would try and get closer to it but something else beat me to it," Indrisie said in a YouTube comment.

Indrisie continued filming as the octopus dragged the crab into the water and vanished under the surface with its prey. 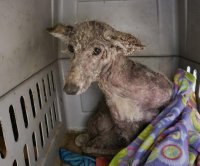