Each year just keeps getting weirder than the last.

WASHINGTON, Dec. 29 (UPI) -- There's been no shortage of memorable news stories in 2014, but when it comes time to tell our grandchildren about "The Year of the Selfie," we might want to avoid embarrassing topics such as "mutant" sea creatures and Vancouver's erection-sporting devil statue.

A fisherman in Singapore captured the Internet's imagination earlier this year when he shared video of a "mutant" sea creature with up to 100 tentacle-like appendages.

Ong Han Boon, 54, said he was "completely flummoxed" when he caught the creature, identified by nautically-minded readers a rare basket star, while fishing for lunch on the island of Sentosa.

"I've had quite a few odd things from come out of the ocean but I have never seen anything like this before in my life. It had all these arms waving around," Boon told The Mirror.

He said the creature had up to 100 tentacle-like appendages and "looked like an alien or some kind of mutant."

The 8- to 9-foot-tall sexually aroused Satan was first spotted by morning commuters at the side of Grandview Highway and sparked complaints from offended passersby.

A city spokeswoman said the statue, which had been placed on a pedestal that formerly hosted a statue of Christopher Columbus, was removed the same day that it appeared.

The origins of the lascivious Lucifer remain unclear, but the spot of its infamous erection has since hosted other unauthorized, albeit less graphic, sculpture installations.

A scrap metal dealer from the United States received the shock of his life when an ornament he was intending to melt for gold turned out to be a $33 million Faberge egg.

Kieran McCarthy of London jeweler Wartski said the man, who wished to remain anonymous, purchased the gold egg for $13,302 about a decade ago and his initial plans to melt it down for its gold were put on hold when he was unable to find a buyer.

McCarthy said it wasn't until 2012 that the man went on Google and searched "egg" and "Vacheron Constantin," the name etched on a timepiece inside the bauble.

The search turned up a Telegraph article featuring McCarthy's picture with a seemingly identical egg. McCarthy said the man flew to London to see him and was able to verify the egg was created by Carl Faberge for Tsar Alexander III in 1887.

Wartski purchased the egg for $33 million on behalf of an anonymous collector.

McCarthy said the man who found the egg wishes to remain anonymous to keep his new-found wealth a secret.

Woman in surgery to have ovaries removed found to be pregnant

A 25-year-old New Zealand woman received a shock of a different sort when she went in for ovary-removal surgery and discovered she was 32 weeks pregnant.

Rebecca Oldham said doctors recommended she have the ovary-removal surgery because a problem with the organs would prevent her from having any more children and they were causing her frequent pain and cramps.

However, surgeons discovered during the procedure that Oldham's problems stemmed from the fact that she was 32 weeks pregnant with a 9-pound baby boy.

"I was facing not being able to have any more children because they thought there were problems with my ovaries and all of a sudden we had a son," Oldham told the New Zealand Herald.

Oldham said she had undergone numerous tests when ,her ovarian pains began, but doctors failed to discover the baby until her surgery turned into a Caesarean section.

"I am so glad they woke me and told me I was going to have another baby," she said. "Even though it was short notice it was better than waking up and being handed a baby."

Baby James was welcomed into the family by Oldham, husband James Tipene and the couple's 20-month-old daughter, Hayley.

Meanwhile, in India, an 8-year-old boy named Mohammad Kaleem became a viral star this year for a different sort of unusual medical condition: Each of his hands weighs nearly 30 pounds.

Mohammad Kaleem, whose hands measure 13 inches from the base of his palms to the tips of his middle fingers, told Barcroft TV his hands are so large he is unable to feed himself or tie his shoes.

The boy's family said he was pulled out of school because he was bullied by other children, who teachers said were "scared" of Kaleem's unusual appendages.

Shamin Kaleem, the boy's father, said he only makes about $20 per month, but he is working to raise money to get medical treatment that would allow his son to live "a normal life."

The United States played host to a bizarre trend in the run-up to Halloween when a California photography project inspired dozens of copycats across the nation to don creepy clown costumes and prowl the streets. The Wasco Clown, a California photography project by a husband-and-wife team, featured a man in killer clown makeup being photographed in various locations around the city of Wasco. The ensuing days saw similar mystery clowns being caught on camera in locations including Albuquerque, N.M.; Fishers, Ind.; and Jacksonville, Fla.

The trend even went international, with France experiencing a rash of clown-masked incidents being reported to police.

A US Airways flight from Los Angeles to Philadelphia took a turn for a smellier brand of scary in May when a service dog was unable to contain itself and defecated twice in the aisle.

Passengers said the smell lingered long after the first mess was cleaned up by flight attendants and the canine made a second poop deposit about an hour later.

The flight was diverted to Kansas City when passengers complained about the odor, with passenger Steve McCall reporting people were "dry heaving" from the smell.

McCall said the dog's owner took down addresses of fellow passengers to send them Starbucks gift cards as compensation for the ordeal.

The incident was echoed in late November when a pot-bellied pig acting as a service animal for a US Airways passenger was kicked off a flight for "disruptive" behavior including smell-related concerns.

Not every dog to make headlines in 2014 became famous for acts of fecal naughtiness -- a Labrador at an Indian zoo became an international hero when she adopted a 2-month old tiger cub and allowed the big cat to suckle milk.

Zookeeper Rakesh Yadav said the Lab, Genie, was a new mother herself and stepped in to care for the tiger at the Kamla Nehru Prani Sangrahlay Zoo in Indore alongside her own puppies.

It was a banner year for marijuana enthusiasts in the United States, with laws legalizing recreational use leading to the unveiling of the country's first-ever marijuana vending machine.

The Zazz machine, created by Stephen Shearin and his American Green company, made its public debut at the Montana's Smokehouse barbecue restaurant in Avon before moving to its permanent home at the Herbal Elements dispensary in Eagle-Vail in April.

The machine requires users to swipe their driver's license to verify their names and ages, with cameras attached to the machine designed to ensure the person pictured on the card is the same as the person attempting to use the machine.

Hunter vows to tour with Bigfoot's body across North America

A serial hoax perpetrator and self-described Bigfoot hunter started 2014 on a bizarre note in January when he announced he would tour the nation with what he claimed to be the legendary ape's corpse.

Rick Dyer claimed to have shot the Sasquatch in September 2012 and filmed a documentary, Shooting Bigfoot, in a failed attempt to convince skeptics. Investors in the film took him to court to prevent him from taking back custody of the alleged Bigfoot body, but he won the court battle.

"I have been worried for so long. I have been put off for so long, and finally we went up to Washington [state] and we got the body," Dyer said.

"Bigfoot is 100 percent real -- there's no question about that," Dyer said. "Every test that you can possibly imagine was performed on this body -- from DNA tests to 3D optical scans to body scans. It is the real deal. It's Bigfoot and Bigfoot's here, and I shot it and now I'm proving it to the world."

However, the Las Vegas resident admitted just two months later that the body was a fake.

"Coming clean about everything is necessary for a new start!" he posted on Facebook March 28.

Odd News // 14 hours ago
Class ring lost 32 years ago found for sale on eBay
Jan. 26 (UPI) -- A Maine man who lost his high school class ring in 1989 was reunited with the long-lost object after it was spotted for sale on eBay. 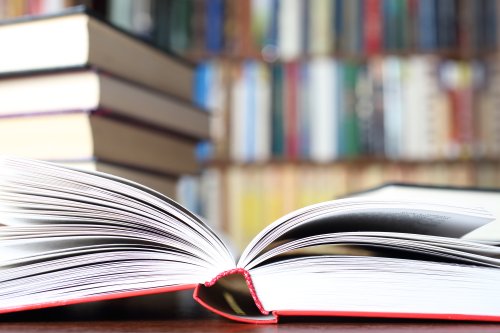 Odd News // 16 hours ago
Shark takes a bite out of boat motor off Florida coast
Jan. 26 (UPI) -- A woman out fishing with friends on her boat off the coast of Florida captured video of a large great white shark that approached the vessel and took a bite out of a motor. 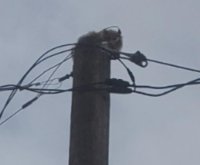