A major Civil War battle, resignation of Cardinal Law, capture of Saddam Hussein ... on this date in history. 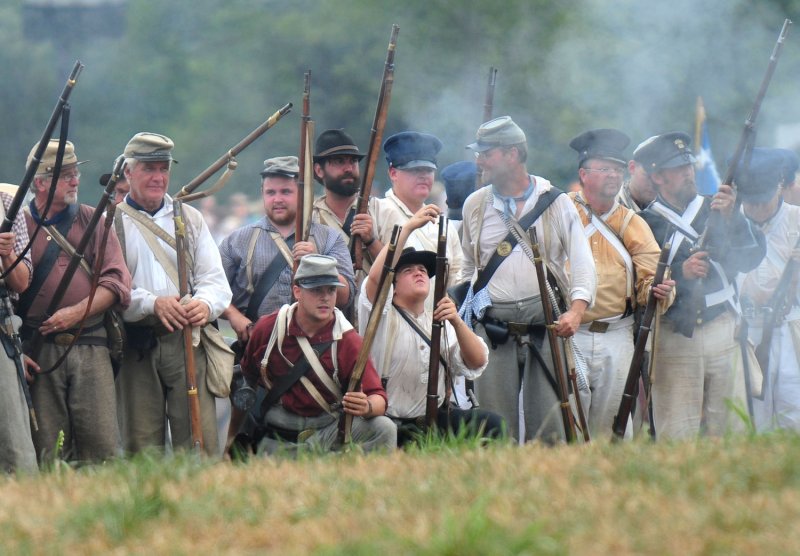 In 1816, the United States' first savings bank, the Provident Institution for Savings, opened in Boston.

In 1862, Union troops suffered a major defeat in the Civil War battle of Fredericksburg. An estimated 12,000 northern soldiers were killed or wounded, about three times the toll suffered by Confederate forces.

In 1982, the Sentry armored car company in New York discovered the overnight theft of $11 million from its headquarters. It was the biggest cash theft in U.S. history at the time.

In 1992, Ricky Ray, 15, one of three hemophiliac brothers barred from attending a Florida school because they had the AIDS virus, died.

In 1998, in a non-binding referendum giving Puerto Ricans the opportunity to express a political preference, most voters indicated they wished to remain a U.S. commonwealth.

In 2000, the U.S. Supreme Court halted the Florida presidential vote recount, in effect giving the presidency to Republican George W. Bush more than a month after the balloting. Winning Florida meant Bush had enough electoral votes to defeat Democrat Al Gore, who won the popular vote.

In 2001, during an extensive search for Osama bin Laden, the U.S. government released a tape of the suspected mastermind of the Sept. 11 terrorist attacks in which he voiced pleasure and surprise that so many of the "enemy" had died.

In 2002, Cardinal Bernard Law, under fire for allegedly protecting priests accused of abusing minors, resigned as Roman Catholic archbishop of Boston. (Pope John Paul II put Law in charge of a basilica in Rome in 2004.)

In 2003, a bearded and apparently disoriented Saddam Hussein, the deposed Iraqi president, was captured by U.S. troops in a small underground hideout southeast of his hometown of Tikrit, ending an eight-month manhunt.

In 2007, a landmark report implicated 89 U.S. Major League Baseball players, some of them prominent figures of the era, in the use of steroids and other illegal performance-enhancing drugs.

In 2009, Italian Prime Minister Silvio Berlusconi suffered a broken nose and two broken teeth when struck by a heavy statuette wielded by a man with a history of mental illness during a political rally in Milan.

A thought for the day: "He who has not Christmas in his heart will never find it under a tree." -- clergyman-author Roy L. Smith

Odd News // 25 minutes ago
Stowaway raccoon leads warehouse workers on a chase in Colorado
Feb. 8 (UPI) -- A raccoon stowed away from Kentucky to Colorado on a truck loaded with pallets and ended up leading animal protection officers on a wild chase around a distribution center.

Odd News // 19 hours ago
Book returned to British library after 56 years
Feb. 7 (UPI) -- A British woman who borrowed a book from her local library when she was just 14 years old returned the tome 56 years later, at the age of 70.

Odd News // 20 hours ago
New York man wins $100,000 lottery prize while visiting Maryland
Feb. 7 (UPI) -- A New York man found a visit to his cousin in Maryland to be a profitable vacation when he won a $100,000 prize from a scratch-off lottery ticket.

Odd News // 22 hours ago
Bear rescued from deep snow in Minnesota ditch
Feb. 7 (UPI) -- Wildlife officials in Minnesota came to the rescue of a bear that was hibernating in a ditch and became stuck in the deep snow.

Odd News // 23 hours ago
Porcupine parents protect babies from leopard
A family of Porcupines fighting a leopard in an attempt to save their two young. Who will emerge victorious?

Odd News // 23 hours ago
Loose emu captured in Missouri neighborhood
Feb. 7 (UPI) -- Animal rescuers in Missouri said an emu was captured after multiple days on the loose thanks to local residents who cornered the flightless bird in a yard.

Woodpeckers stash 700 pounds of acorns in wall of California home