The Ricketts Apple 1 Personal Computer is the only Apple 1 computer known to have been sold personally by company co-founder Steve Jobs. 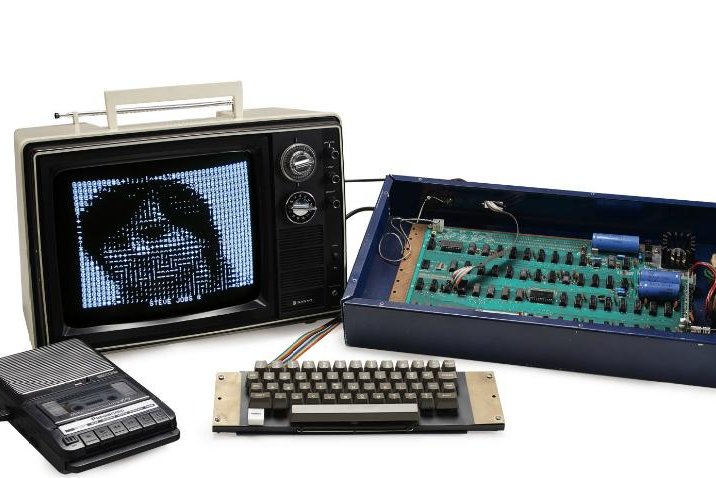 The computer, dubbed the Ricketts Apple 1 Personal Computer after original purchaser Charles Ricketts, sold Thursday at Christie's for $365,000, short of the auction house's original estimate of $400,000-$600,000.

The auction also included the $600 check Ricketts used to purchase the computer and a second $193 check he gave Jobs to program software for the Apple 1.

The seller, Bob Luther, told Computer World the final selling price "was a little disappointing," but still a hefty profit from the $7,600 he paid for the machine at a sheriff's sale in 2004.

The Ricketts Apple 1, one of fewer than 50 Apple 1 computers known to still exist, is famous for being the only known computer personally sold by Apple co-founder Steve Jobs.

Odd News // 1 hour ago
Pomeranian chases bear through Colorado neighborhood
Aug. 18 (UPI) -- A Colorado woman's home security camera captured video of the moment that a black bear wandering through her neighborhood was chased off by a neighbor's small dog.

Odd News // 1 day ago
Bear cubs struggle to climb into backyard hammock in Connecticut
Aug. 17 (UPI) -- A man visiting family in Connecticut captured video of a family of bears that spent some time lounging on patio furniture before struggling to get into a hammock.

Odd News // 1 day ago
One pig captured, three remain on the loose in Illinois
Aug. 17 (UPI) -- Police in a Chicago suburb said they have captured one of the loose pigs seen wandering the town for more than two weeks, and three more porcine fugitives remain on the loose.

Bear cubs struggle to climb into backyard hammock in Connecticut