Chitwood estimated the marijuana was worth about $3,000 per pound.

"In this particular case, we get a legitimate store employee almost have a heart attack when he sees what's delivered and he calls police right away," Chitwood told WPVI-TV.

Chitwood said the packages were addressed to the store, but bore the name of a person who does not work there. He told WCAU-TV the sender likely intended for the packages to be "intercepted" outside of the store.

Police are attempting to locate the intended recipient of the package.

"Somebody is missing a lot of marijuana," Chitwood said.

The store's manager said he plans to take extra precautions for a while.

"On my way home I'll stick to the main streets," he said. "The lighted streets."

Odd News // 5 hours ago
Wrong-number text gets high school team a video call with the Buccaneers
Nov. 30 (UPI) -- A Michigan high school basketball team's wrong-number mistake in a group text led to the team getting an unexpected video chat session with the Tampa Bay Buccaneers.

Odd News // 8 hours ago
Goat escapes from city-owned herd, wanders town for four days
Nov. 30 (UPI) -- A goat employed by an Iowa city to clear invasive plant species escaped from the rest of the herd and went wandering for four days. 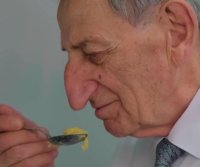