Jordon Moody underwent a rotationplasty when her leg was amputated due to bone cancer.

Jordon had an operation to remove bone cancer but it meant her foot has become her knee! Watch @itvcalendar tonight pic.twitter.com/fXw5ydWTcY

BIRMINGHAM, England, Oct. 29 (UPI) -- A British woman whose lower leg was amputated due to cancer had her foot attached backward to replace her lost knee.

Jordon Moody, 22, lost her left leg above the knee due to bone cancer and doctors performed a rotationplasty to reattach her foot facing backward to create a replacement knee joint.

"They told me they could get rid of the thigh and use the bottom part of my leg to replace the top part and my foot would become my knee," Moody told The Telegraph. "They said they would have to turn it 180 degrees because of the way the foot bends so it would bend the same way as a knee."

Moody said doctors at the Royal Orthopaedic Hospital in Birmingham, England, told her the rotationplasty would allow her to be fitted with a prosthesis.

The surgery was completed in July and Moody said she has adjusted to her new leg.

"I can't get out much at the moment and I am now waiting to be fitted with a new artificial lower limb, which will be attached to the joint created from the foot. Hopefully, before Christmas, I will be walking unaided again, that's my goal," she said.

Moody said she has not given up on her dreams of being an actor.

"It is something I still want to try," she said. "I'm the type of person that I'd rather give it a go and fail but at least I went for it than spend my life wishing I had."

Odd News // 16 minutes ago
Dutch driver uses truck to dunk tea bag into hot water
July 29 (UPI) -- A Dutch trucker took on a social media "tea bag challenge" and used his vehicle to drop a tea bag into a glass of hot water. 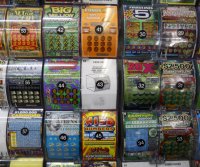 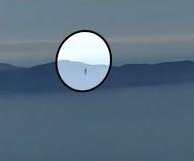 Odd News // 1 hour ago
Overdue book returned to Scottish library after 53 years
July 29 (UPI) -- Workers at a Scottish library said they were surprised to open a package that arrived recently in the mail and discover an overdue book believed to have been checked out 53 years ago.

Odd News // 1 day ago
Visitor to Indiana casino scores record jackpot on $1 slot machine bet
July 28 (UPI) -- A visitor to an Indiana casino walked away with a $690,623 jackpot -- the largest in the facility's industry -- after placing a $1 bet at a slot machine.
Advertisement