Dwarf who defecated on floor of gov't office warned with jail

Ian Salter-Bromley, 54, dropped his pants and defecated on the floor of a government office because he felt he was being mistreated as a result of his dwarfism, a court heard.

KINGSTON-ON-HULL, England, Oct. 7 (UPI) -- A British dwarf who dropped his pants at a government office and defecated on the floor was warned by a judge to clean up his act or face jail time.

Hull Crown Court heard Ian Salter-Bromley, 54, who stands 4 feet tall, dropped his pants at the Wilson Center in Hull when he visited the government office to complain about his housing situation.

Salter-Bromley urinated on the floor and defecated twice during the July 29 incident, the court heard.

The court heard Salter-Bromley, who lives in assisted housing, had been angry because everything in his kitchen is 8 inches too high for him to reach and his neighbors have been abusing him because of his dwarfism.

"My neighbors are drug addicts, alcoholics and young mothers. I have to put up with all their abuse," Salter-Bromley said. "People make fun of me. You would not believe the abuse I get. Kids say in the holidays 'let's torment the dwarf.'"

"If I say things, I get treated like a child -- all because I look different. They drag me around and push me in the road. That seems to be acceptable, because the police don't want to know," he said.

Judge Jeremy Richardson said he was shocked by the defendant's behavior.

"Mr. Salter-Bromley has shown a disgusting lack of personal hygiene and his conduct has been disgraceful," he said. "I truly regret having to make these observations here. In many ways, I feel sorry for him."

The judge handed down a 21-day suspended jail sentence and warned Salter-Bromley the sentence could be activated if there are any further incidents.

"Any more breaches and I will probably activate this prison sentence. Please, please, behave in a civilized way. Taking your trousers off and exposing your person before defecating and urinating, then abusing staff is uncivilized," the judge said. 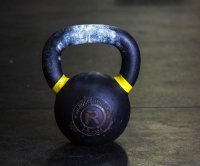 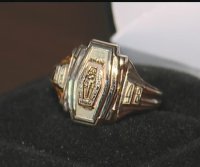