A an alleged Scotch-stealing passenger on a Bangkok-Sydney flight was detained by undercover Australian police, but he busted through four pairs of handcuffs. 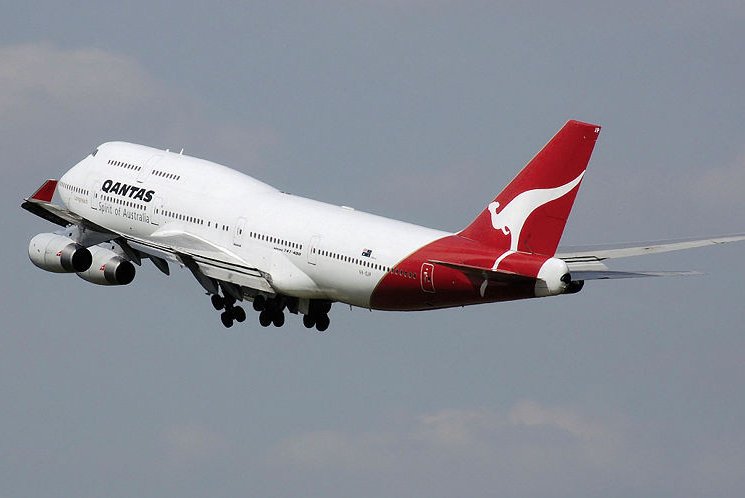 Passengers aboard Flight QF24 said the flight was redirected to Cairns around 5:45 a.m. Sunday, about an hour before it was due to touch down in Sydney, and the man was escorted off the plane by about seven Australian Federal Police officers.

The man, who witnesses said appeared to be in his 20s, was detained by two undercover AFP officers on the flight and a flight attendant reportedly told passengers the man had escaped from four sets of plastic "flexi-cuffs" before the decision was made to redirect the flight, which was delayed by more than two hours due to the detour.

Qantas confirmed the flight had been diverted "due to an intoxicated passenger" and the passenger was arrested by Australian Federal Police.

Odd News // 2 days ago
Bear scales barbed-wire fence at Air Force base in Florida
Aug. 12 (UPI) -- A bear was caught on camera scaling the barbed-wire security fence at a Florida Air Force Base -- and the bruin's climb took only 34 seconds.

Odd News // 2 days ago
Mortar and pestle sculpture whets appetites for art in Houston
Aug. 12 (UPI) -- A new sculpture in Houston is capturing the attention of hungry art lovers with its unusual subject: a giant mortar and pestle filled with guacamole.

Odd News // 2 days ago
Dog and owner rescued from roof of public bathroom in Australia
Aug. 12 (UPI) -- Emergency responders in Australia came to the rescue of a German shepherd that became stuck on the roof of a public bathroom -- and its owner became trapped trying to rescue it.

Odd News // 2 days ago
Mystery ram gets temporary home with fire department's goats
Aug. 12 (UPI) -- A Washington state fire department rounded up a loose ram and the animal is being kept at the station until the owner can be found.