Birth of the Red Cross, theft of world-famous paintings ... on this date in history.

Robbers in Oslo, Norway, stole Edvard Munch's "The Scream" (shown here) and another of his paintings Aug.22, 2004. {The paintings were recovered about two years later.) (UPI Photo/Bill Greenblatt) | License Photo

Australian Prime Minister Julia Gillard walks past a military honor guard during a welcoming ceremony in the Great Hall of the People in Beijing April 26, 2011. Gillard was on a four-day visit to China. UPI/Stephen Shaver | License Photo

Diana Nyad turns for another lap at a pool in Herald Square in New York City Oct. 8, 2013. Nyad, 64, swam for 48 hours to raise money for victims of Hurricane Sandy. UPI/John Angelillo | License Photo

In 1911, Leonardo da Vinci's "Mona Lisa" was stolen from the Louvre Museum in Paris. (It was recovered four months later.)

In 2004, two masked robbers stole Edvard Munch's "The Scream" and another painting from the Munch Museum in Oslo, Norway. (They were found about two years later. "The Scream" had been stolen once before, 10 years earlier, but was recovered within three months.)

In 2010, in the wake of Australia's first parliamentary election in 70 years in which no party won a majority, the ruling Labor Party and Julia Gillard, the nation's first female prime minister, retained power and set about forming a new government.

In 2011, the Dr. Martin Luther King Jr. National Memorial in Washington opened to the public. The $120 million memorial, 25 years in the making, is on a 4-acre site on the National Mall.

In 2013, former New England Patriots tight end Aaron Hernandez was indicted on a first-degree murder charge in the death of Odin Lloyd, a 27-year-old landscaper and acquaintance of the football player. (In 2014, Hernandez was charged with two more murders.)

A thought for the day: "Democracy cannot succeed unless those who express their choice are prepared to choose wisely. The real safeguard of democracy, therefore, is education." -- Franklin D. Roosevelt 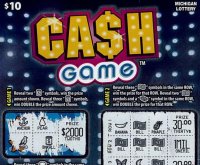