Apollo 11 astronauts Armstrong, Aldrin, Collins return from their historic moon mission ... on this date in history.

The Apollo 11 astronauts -- Neil Armstrong, waving; Buzz Aldrin (L) and Michael Collins -- exit the recovery helicopter on the USS Hornet after their splashdown in the Pacific July 24, 1969, concluding the first mission that put men on the moon. (UPI Photo/NASA) | License Photo

Apollo 11 astronauts, from left, Neil Armstrong, Michael Collins and Buzz Aldrin, speak with President Richard Nixon from inside a mobile quarantine facility (MQF) on the USS Hornet after their July 24, 1969, splashdown and recovery in the Pacific. UPI | License Photo

In 1679, New Hampshire became a royal colony of the British crown.

In 1847, after 17 months and many miles of travel, Brigham Young led 148 Mormon pioneers into Utah's Valley of the Great Salt Lake.

In 1956, Dean Martin and Jerry Lewis performed together for the last time.

In 1969, Apollo 11 returned to Earth after its historic moon-landing mission. After the spacecraft's splashdown in the Pacific Ocean, astronauts Neil Armstrong, Buzz Aldrin and Michael Collins were flown by helicopter to the recovery ship USS Hornet.

In 1974, the U.S. Supreme Court ruled that President Richard Nixon should surrender White House tapes for the criminal trials of his former associates.

In 1983, George Brett of the Kansas City Royals had a home run nullified in the "Pine Tar Incident" after New York Yankees Manager Billy Martin had Brett's bat examined by umpires. (The home run was later reinstated.)

In 1998, a gunman opened fire at the Capitol in Washington, killing two police officers and wounding a tourist. Police shot the gunman, Russell Eugene Weston Jr., who survived. (He was later charged with murder and has been confined to a psychiatric institution.)

In 2002, the U.S. House of Representatives expelled Rep. James Traficant, an Ohio Democrat, by a vote of 420-1. (Traficant, who had been convicted of racketeering, bribery and corruption, served seven years in prison.)

In 2009, an increase in the federal minimum wage, from $6.55 to $7.25 an hour, went into effect. Representatives of small businesses said the increase would threaten their survival.

In 2011, hundreds of gay couples in formal suits and gowns and T-shirts recited vows after New York became the sixth and largest state to recognize same-sex weddings.

In 2012, the British government said 18,200 military personnel were assigned to security duties at the London Olympics, opening in a few days.

In 2013, a high-speed passenger train derailed and broke apart on a curve in northwest Spain, killing 78 people and injuring injuring scores of others.

A thought for the day: Neil Armstrong said the Apollo missions demonstrated that "humanity is not forever chained to this planet, and our visions go rather further than that, and our opportunities are unlimited."

Odd News // 5 minutes ago
World's longest cornhole game underway in Nebraska
July 23 (UPI) -- Organizers of a world record attempt for the longest game of cornhole in Nebraska announced they met their goal Friday -- and they are still going.

Odd News // 19 hours ago
Police responding to report of loose alligator in condo building find gold statue
July 22 (UPI) -- Police in British Columbia responded Thursday to a report of an alligator loose inside a high-rise condo building, but arrived to find a realistic sculpture. 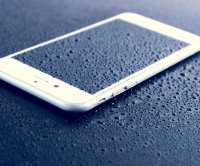 Odd News // 19 hours ago
Massive sturgeon jumps out of water in British Columbia river
July 22 (UPI) -- The crew of a British Columbia fishing tour boat captured video of the moment a massive, 9-foot sturgeon leaped out of a river and nearly landed on a boat.

Odd News // 23 hours ago
Girl on Jersey Shore ride collides face-first with seagull
July 22 (UPI) -- A video filmed aboard an amusement park ride on the Jersey Shore captured the moment a 13-year-old girl collided with a seagull. 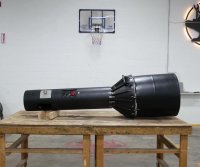 Odd News // 1 day ago
Plane's landing gear breaks off, hits Maine golf course
July 22 (UPI) -- Police in Maine said no was injured on the ground or in the air when a plane lost its landing gear and the strut with tire and wheel landed on a golf course fairway.
Advertisement

Woman wins $2M from lottery ticket she received as a gift

Treasure hunters find whiskey that sank into Ontario lake in 1964