$3 million worth of shoes confiscated from home in Kentucky

The shoes were taken from a Hardin County home five years after they were reported missing.

HARDIN COUNTY, Ky., June 2 (UPI) -- Thousands of pairs of shoes that were reported missing five years ago have been confiscated from a Kentucky home in Hardin County.

The Nike shoes, which are reportedly worth about $3 million, were seized by officers from the Radcliff Police Department on Thursday.

"Yesterday there was a, I think the SWAT team pulled up, a couple of Radcliff police cars, [Kentucky] State Police, and then they brought in the fire truck later on," neighbor Kirk Oxendine told WLKY.

According to the search warrant, the shoes went missing in 2009 when they were supposed to be shipped from a Nike distribution center in Tennessee to another one in Texas.

The women who had the shoes, Zetta Thompson and Natalie Clark, were selling them at area flea markets. Thompson and Clark claim they had no idea that the shoes were stolen and they have not been arrested at this time.

"I can't even tell you how many shoes we had, it was unbelievable. Like I said, all this out here. This was all Jordans, every kind of Jordan you could imagine. There were flip-flops, there was Jennifer Lopez, Kim Kardashian heels here. There were expensive shoes here," Clark said.

Nike was able to confirm via shipping labels that the shoes did belong to the company.

Driver uses truck to save chidren by stopping high-speed police chase Man suspected of stealing GPS device arrested after calling 911 because he was lost Tape of V. Stiviano making racist remarks of her own surfaces Florida bear lounges in backyard hammock [VIDEO] 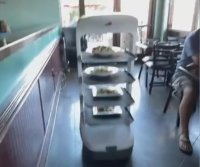 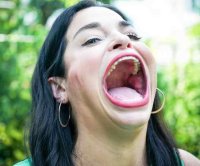 Odd News // 9 hours ago
Police respond to loose bison in Ohio township
July 29 (UPI) -- Police in Ohio responded to an unusual situation when an escaped bison was spotted wandering around a community.