Babe's last homer, a Mars landing, a devastating crash at O'Hare … on this date in history.

A set of framed photos of Babe Ruth is displayed at a Feb. 2, 2008, auction. (UPI Photo/Roger L. Wollenberg) | License Photo

The San Francisco Giants' Barry Bonds trots around the bases after hitting home run No. 715 at AT&T Park in San Francisco May 28, 2006. Bonds, who passed Babe Ruth with the homer and trailed only Henry Aaron at that point, ended his career in 2007 with a record 762 home runs. (UPI Photo/Terry Schmitt) | License Photo

The SpaceX Dragon capsule is connected to a robotic arm at the International Space Station May 25, 2012. UPI/NASA | License Photo

In 1925, John Scopes was arrested for teaching the theory of evolution in a Tennessee high school, leading to a trial that became a media sensation. (Scopes was convicted and fined $100; the conviction was later overturned.)

In 1935, winding up his legendary career with the Boston Braves, Babe Ruth hit his 714th and last home run in his final game. (The record stood for 39 years until Hank Aaron, also with the Braves, although in Atlanta, broke it in 1974. Aaron went on to hit 755 homers and current record-holder Barry Bonds had 762.)

In 1961, U.S. President John F. Kennedy told a joint session of Congress of the plan to put a man on the moon by the end of the decade.

In 1977, the first installment of George Lucas' "Star Wars" film series was released.

In 1979, the crash of an American Airlines DC-10 on takeoff from Chicago's O'Hare International Airport killed 275 people.

In 1986, 5 million people formed a broken 4,000-mile human chain from Los Angeles to New York in "Hands Across America," to benefit the nation's homeless. The event raised $24.5 million.

In 1994, after living 20 years in exile, mostly in the United States, Russian author Alexander Solzhenitsyn returned to his homeland. He had been expelled after "The Gulag Archipelago," an expose of the Soviet prison camp system, was published in the West in 1974.

In 2006, Kenneth Lay and Jeffrey Skilling, former officers of Enron Corp., were convicted in Houston federal court of conspiracy and securities fraud.

In 2008, NASA's Phoenix spacecraft made a smooth landing on Mars, completing a nine-month, 422-million-mile journey, setting down in the planet's frigid polar region where scientists hoped to find water.

In 2009, despite international warnings, North Korea reported it had launched a second nuclear missile test, with officials saying they were only boosting self-defense capabilities.

In 2011, "The Oprah Winfrey Show" broadcast its final original episode after 25 years on the air.

In 2013, amid tight security, about 3,000 people who had been in the Boston Marathon April 15 when bombs killed three people and injured scores of others returned to complete the final mile. One runner said the event, called OneRun, was "a great way to show the strength of Boston and the camaraderie in our city,"

A thought for the day: "When men reach their 60s and retire, they go to pieces. Women just go right on cooking." -- Gail Sheehy 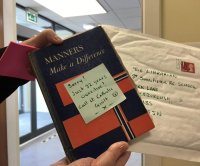 Odd News // 22 hours ago
Lost lamb spends the night in Irish jail cell
April 19 (UPI) -- Police in Ireland said a lost lamb found wandering loose in a roadway spent the night in a jail cell before being reunited with its owners.

Odd News // 23 hours ago
Florida firefighters rescue ducklings from storm drain
April 19 (UPI) -- Firefighters in Florida came to the rescue of a family of ducklings who fell into a storm drain near a bridge.

Odd News // 1 day ago
Monitor lizard rescued from busy Singapore road
April 19 (UPI) -- A pair of police officers in Singapore were caught on camera rescuing a giant monitor lizard that wandered out into a busy road. 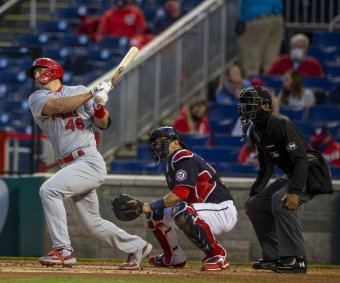