In 1856, The American Party, also known as the "Know-Nothing Party," nominated its first presidential candidate, former U.S. President Millard Fillmore, but, he carried only Maryland and the party soon vanished.

In 1884, "Adventures of Huckleberry Finn" by Mark Twain was published.

In 1930, the planet Pluto was discovered by astronomer Clyde Tombaugh.

In 1954, the Church of Scientology was established in Los Angeles.

In 1979, Snow fell in the Sahara Desert in southern Algeria for the first known time.

In 2003, about 200 people died in a South Korea subway fire set by a man authorities said apparently was upset at his doctors.

In 2004, 40 chemical and fuel-laden runaway rail cars derailed in northeastern Iran, producing an explosion that killed at least 265 people.

In 2006, 16 people died in rioting in Nigeria over published cartoons of the Prophet Muhammad that enraged Muslims around the world.

In 2008, two of four masterpieces stolen from the Zurich museum a week earlier, a Monet and a van Gogh, were found in perfect condition in the back seat of an unlocked car in Zurich.

In 2010, a man crashed his light plane into an office of the Internal Revenue Service in Austin, Texas, killing himself and two others. Authorities said he apparently held a grudge against the U.S. government and its tax system.

In 2013, Jerry Buss, who owned the Los Angeles Lakers for more than 30 years, during which they won 10 NBA championships, died after a long fight against cancer. He was 80.

A thought for the day: "A right is not what someone gives you; it's what no one can take from you." -- Ramsey Clark 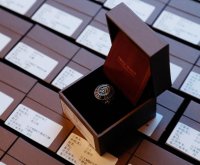 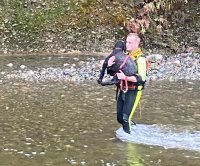