The phone's battery “shorted out," causing the girl's pocket to start smoking.

KENNEBUNK, Maine, Feb. 3 (UPI) -- A Maine teenager suffered “moderate” burns after her iPhone caught fire in her pocket early Friday morning while she was in class at the Middle School of the Kennebunks.

The eighth-grader “heard a pop” from her pocket and her pants began smoking. According to MSK Principal Jeff Rodman, the student's first response was to “stop, drop and roll” and remove her pants. “It was something that I don't think people had ever seen before. I've never seen anything like that,” Rodman told Seacoast Online.

Check this out: the #iphone that caught fire in a #Kennebunk middle schooler's pants (Ctsy: Kbunk FD) pic.twitter.com/Yi7YS7WMtl

The girl’s teachers were able to pat her down with a blanket and she was quickly transported to Southern Maine Health Care Center, where she received treatment before being released.

“I commend the students, I commend our staff, and the Kennebunk first responders for their immediate response and for the way it was handled," Rodman said. "It was just a strange thing. A great response by everybody involved.”

EMS Division Chief Andrew Palmeri said the phone's battery “shorted out” and it ended up being visibly “burnt.”

“People should obviously use caution when placing their phones in their back pockets so as not to crush them and cause an electrical short,” Palmeri said. 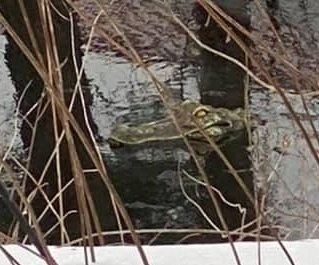