Heath Campbell has fathered nine children with five women and doesn't have custody of any of them.

A New Jersey Neo-Nazi wants child welfare workers to return the baby girl that was taken away from him Just two days after she was born back in November.

The girl, named Eva Braun after Adolf Hitler’s mistress, was born to Heath Campbell’s girlfriend, Bethanie Zito, at a Pennsylvania hospital on Nov. 11.

Eva was Campbell’s ninth child. His nine children were born among five mothers, and Campbell doesn’t have custody of any of them.

“I’m not allowed to have children because I’m a Nazi,” Campbell, 40, said. “That’s what they’re saying. Well, I’ll stop making them when they stop taking them.”

Zito, 22, had her daughter taken away by workers from Franklin County Children and Youth Services after only two days. “I’m sorry. Your daughter is not coming back,” one of them allegedly said to Zito. “We’re taking her.”

The baby was reportedly taken because Zito’s firstborn is also in state custody.

“I started screaming. I got hysterical,” Zito told the New York Daily News. “I had just been checked out. I was breast-feeding my daughter for two days straight. I changed her. I had clothes on her.”

Even though Zito’s court-appointed lawyer said Campbell’s views didn’t come up during a court hearing about the matter in December, he doesn’t seem to be buying it.

Though family court records are generally sealed, a decision from an appeal indicates the children were actually removed from Campbell's home based on allegations of domestic violence.

Campbell made headlines in 2008 when a bakery refused to write "Happy Birthday Adolf Hitler" on his son's birthday cake, and again later after four children were taken from his home and he appeared in court wearing a full Nazi uniform. 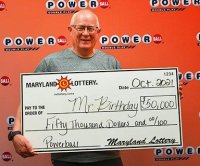 Odd News // 18 hours ago
Man shopping for birthday party supplies buys $50,000 Powerball ticket
Oct. 20 (UPI) -- A Maryland man had an extra happy birthday when he bought a $50,000 lottery ticket while out getting supplies for his party.

Odd News // 18 hours ago
Idaho angler sets state record with 46.7-pound grass carp
Oct. 20 (UPI) -- An Idaho man shattered a state record when he reeled in a grass carp that tipped the scales at a staggering 46.7 pounds.

Odd News // 19 hours ago
Netherlands woman named world's tallest bodybuilder
Oct. 20 (UPI) -- An athlete from the Netherlands who stands at 5 feet, 11.92 inches has been declared the tallest female bodybuilder in the world by Guinness World Records.

Odd News // 19 hours ago
Emergency responders free puppy with paw stuck in bathtub drain
Oct. 20 (UPI) -- Police and firefighters in New York came to the rescue of a puppy that became trapped in her family's bathtub when her paw got stuck in the drain. 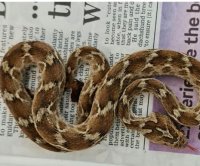 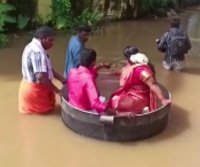 Odd News // 20 hours ago
Couple in flooded India region float to wedding in a cooking pot
Oct. 20 (UPI) -- An Indian couple living in a region that experienced severe flooding took an unusual vehicle to reach their wedding venue -- a cooking pot.

Odd News // 1 day ago
$16M lottery ticket spent weeks in oblivious winner's wallet
Oct. 19 (UPI) -- A Canadian man who won a lottery jackpot of more than $16 million said he forget the ticket in his wallet for nearly two months.
Advertisement