NEW YORK, Dec. 16 (UPI) -- New York police confirmed officers were alerted to a weekend brawl in which eight to 10 Santas duked it out on a snowy city sidewalk.

The not-so-jolly old elves had left by the time officers arrived and there were no assault complaints linked to the incident, which was partially caught on video, police Sgt. Lee Jones said.

Police Commissioner Ray Kelly said Friday officials had no plan to attempt to stop SantaCon despite problems with drunken rowdiness in previous years.

"It's what makes New York New York," he said. "There has been some rowdy activity by a small handful of people."

"SantaCon has had growing pains," the organizers wrote on the event's website. "With a little elbow-grease from the elves, a little patience from the community, and just a pinch of holiday magic, SantaCon can spread joy." 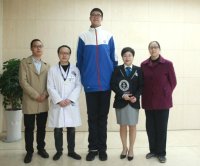