ELK GROVE, Calif., Oct. 18 (UPI) -- A California fitness enthusiast whose photo showing of her physique and young children went viral said she wanted to inspire other woman, not insult them.

Maria Kang, 32, of Elk Grove, became the target of both admiration and criticism online for her picture, which depicted the woman showing off her physique in short shorts and a sports bra with her three young sons and bore the caption, "What's your excuse?" The Sacramento Bee reported Friday.

"You, as a woman, should be ashamed that you are furthering the downward spiral of how society views women, and how we women view ourselves ... Most REAL moms don't look like you, sweetheart," Theinklingsoflife.com blogger Morgan Moss wrote.

Kang said she did not mean to insult anyone with the image, which she said was meant to promote her fitness classes.

"I'm sorry you took an image and resonated with it in such a negative way. I ... had an eating disorder, work full time owning two businesses, have no nanny, am not naturally skinny and do not work as a personal trainer," she said in response to her critics. She said her message was that women should "make no excuses not to follow through on your fitness action plan."

Odd News // 1 hour ago
Soldier's letter home from Vietnam delivered 52 years later
May 29 (UPI) -- An Indiana woman said she was surprised when a letter her brother sent while serving in the Vietnam War finally made its way to her after 52 years.

Odd News // 2 hours ago
World's largest electric plane takes 28-minute first flight
May 29 (UPI) -- The world's largest all-electric aircraft took off from a Washington state airstrip for its first flight, staying in the air for 28 minutes, the plane's makers said.

Odd News // 22 hours ago
Winning lottery ticket spent two weeks forgotten on seat of truck
May 28 (UPI) -- A North Carolina man said a forgotten lottery ticket sat untouched on the seat of his truck for two weeks before he found out it was a nearly $500,000 winner.

Odd News // 23 hours ago
Turtle crashes through windshield on Georgia highway
May 28 (UPI) -- A Georgia driver and her brother were shocked when an airborne turtle crashed through the windshield while they were on a highway. 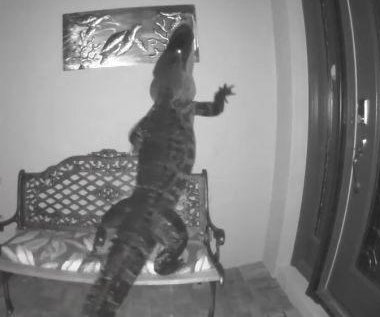 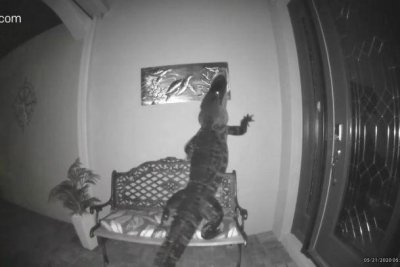