China buys 5 percent of Ukraine's total land -- about 9 percent of its farmland -- to feed its growing population. 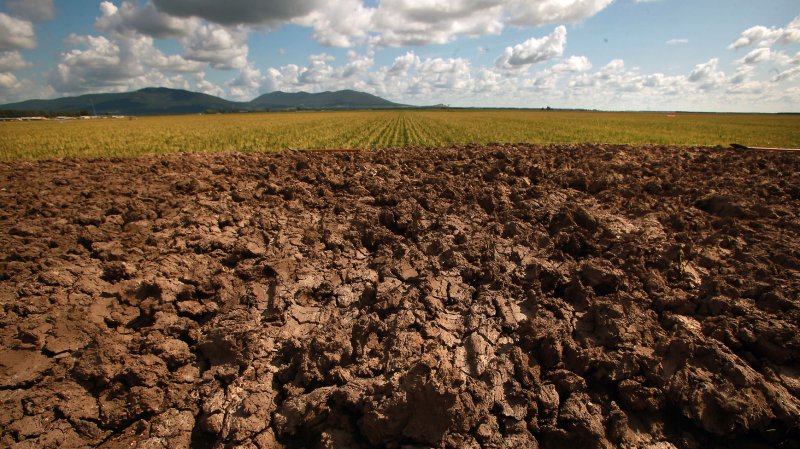 China has just struck a deal to farm 3 million hectares (about 11,580 square miles) of Ukranian land over the next 50 years to feed its ballooning population.

For comparison, that's an area roughly the size of Massachusetts or Belgium.

The eastern European country will give up 5 percent of its total land, or 9 percent of its arable farmland, under the deal between China’s Xinjiang Production and Construction Corps (XPCC) and KSG Agro, a Ukrainian agricultural company.

Last year, Ukraine repealed a law barring foreigners from purchasing land. As part of the deal, China's Export-Import bank has given Ukraine a $3 billion loan for agricultural development.

Ukraine will receive seeds and equipment in exchange for crops and pigs raised in the eastern region of Dnipropetrovsk, to be sold at preferential rates to two Chinese state-owned grain firms.

XPCC also plans to give Ukraine a fertilizer plant, as the country currently imports about $1 billion in fertilizer annually. XPCC says it will help build a highway in Ukraine’s Autonomous Republic of Crimea and a bridge across the Strait of Kerch, a transport and industrial center.

The deal will initially turn over 100,000 hectares of farmland, increasing to 3 million over 50 years.

China eats about one-fifth of the world’s food supplies, but holds just 9 percent of the world’s farmland after rapid industrialization. The country has already purchased farmland in Africa, South America and Southeast Asia, but the deal with Ukraine represents its biggest investment in foreign farmland to date.

It is estimated that between 0.7 and 1.75 percent of the world's farmland is being transferred from poor nations to foreign buyers with growing populations including Egypt, China, South Korea and UAE.

Odd News // 1 day ago
Video captures scene as boulder crashes through house in Hawaii
Feb. 1 (UPI) -- Authorities in Honolulu are looking into a surreal incident in which a boulder smashed through the living room of new suburban home, narrowly missing the family who had only recently moved in.

Odd News // 2 days ago
South Carolina Powerball jackpot climbs to $653 million
Jan. 31 (UPI) -- South Carolina's Education Lottery Powerball draw failed to produce a jackpot winner overnight, but a lucky player did win $50,000 after buying a ticket at a convenience store in the historic city of Conway.

Odd News // 3 days ago
Red panda escapes from San Diego Zoo enclosure
Jan. 30 (UPI) -- A red panda surprised visitors at the San Diego Zoo when it climbed a tree and escaped its enclosure before zookeepers were able to lure it back hours later.

Odd News // 3 days ago
Zoos making cockroaches a Valentine's tradition
Jan. 30 (UPI) -- An obscure act of love, or pettiness, is becoming a popular tradition at zoos for Valentine's Day.