In 1833, Chicago, with a population of about 200, was incorporated as a village.

In 1858, after several unsuccessful attempts, the first telegraph line across the Atlantic Ocean was completed.

In 1861, U.S. President Abraham Lincoln signed into law the first federal income tax. A wartime measure, it was rescinded in 1872.

In 1962, Marilyn Monroe died of an overdose of barbiturates. She was 35.

In 1963, the United States, Britain and the Soviet Union signed a treaty outlawing nuclear tests in Earth's atmosphere, in space or under the sea.

In 1974, U.S. President Richard Nixon admitted ordering the Watergate investigation halted six days after the break-in. Nixon said he expected to be impeached.

In 1981, U.S. President Ronald Reagan began firing 11,359 air-traffic controllers striking in violation of his order for them to return to work. The executive action, regarded as extreme by many, significantly slowed air travel for months.

In 1991, Iraq admitted it misled U.N. inspectors about secret biological weapons and also admitted extracting plutonium from fuel at a nuclear plant.

In 1994, opponents of Fidel Castro clashed with police in Havana and thousands of Cubans took to the high seas trying to reach the United States.

In 2007, U.S. President George W. Bush signed into law a bill to allow government eavesdropping of telephone conversations and email of U.S. citizens and people overseas without a warrant if there's "reasonable belief" that one party isn't in the United States.

In 2010, the U.S. Senate cleared the way for Solicitor General Elena Kagan to become the newest member of the Supreme Court when it voted 63-37 to confirm her nomination by President Barack Obama. She was sworn in two days later to succeed retiring John Stevens.

In 2011, the Thai Parliament overwhelmingly chose Yingluck Shinawatra, sister of a former prime minister, to be the nation's first female head of government.

In 2012, a gunman shot six people to death, wounded four others, then killed himself at a Sikh temple in Oak Creek, Wis.

A thought for the day: Soviet dictator Joseph Stalin said, "You cannot make a revolution with silk gloves." 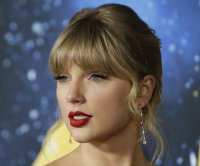 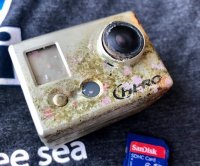