This is the first day of summer.

In 1788, the U.S. Constitution became effective when a ninth state, New Hampshire, ratified it.

In 1945, Japanese defenders of Okinawa Island surrendered to U.S. troops.

In 1964, three civil rights workers disappeared on their way to investigate a church burning in Philadelphia, Miss. Their bodies were found buried in an earthen dam Aug. 4.

In 1982, John Hinckley Jr. was found innocent by reason of insanity in the March 1981 shootings of U.S. President Ronald Reagan and three other people.

In 1985, international experts in Sao Paulo, Brazil, conclusively identified the bones of a 1979 drowning victim as the remains of Dr. Josef Mengele, a Nazi war criminal, ending a 40-year search for the "angel of death" of the Auschwitz concentration camp.

In 1990, an earthquake measuring 7.7 on the Richter scale struck northwestern Iran, killing as many as 50,000 people.

In 1998, opposition leader Andres Pastrana Arango was elected president of Colombia by a narrow margin.

In 2000, NASA announced that its Mars Global Surveyor had spotted grooved surface features, suggesting a relatively recent water flow on the planet.

In 2005, a Mississippi jury convicted 80-year-old former Ku Klux Klan leader Edgar Ray Killen of manslaughter in the 1964 killings of three civil rights workers. He was sentenced to 60 years in prison.

In 2007, U.S. President George Bush's public approval rating hit a low, 26 percent, in a Newsweek poll while Congress' rating was 25 percent. In the previous 35 years, only Richard Nixon had a lower Newsweek approval rating -- 23 percent in 1974.

In 2008, more than 1,300 people, most of them on a ferry that capsized, were reported killed in Typhoon Fengshen in the Philippines.

In 2010, the U.S. Supreme Court upheld the constitutionality of a law making it a crime to provide material support to a foreign terrorist organization.

In 2011, a RusAir passenger plane flying from Moscow to Petrozavodsk in rain and fog crashed on a highway near the airport and broke apart in flames. Forty-four people died, eight survived.

In 2012, the White House announced the resignation of Commerce Secretary John Bryson, who was involved in two traffic accidents after suffering a seizure.

A thought for the day: Confucius said, "The only people who cannot change are the most wise and the most stupid."

Odd News // 45 minutes ago
Colorado woman finds snake inside toilet bowl
Aug. 4 (UPI) -- A Colorado woman said she was "terrified" when she looked into her toilet and saw something shocking -- a snake coming up from the drain. 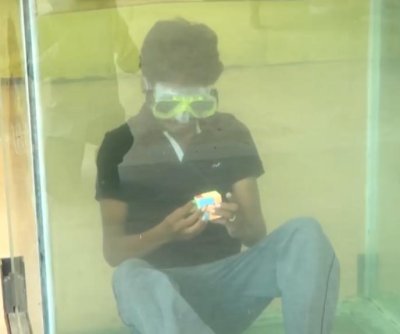 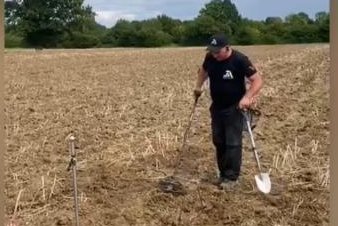