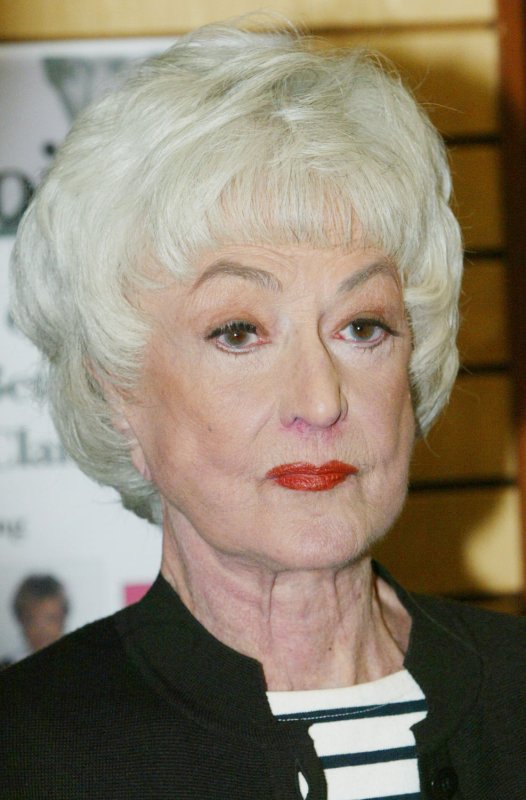 NEW YORK, May 16 (UPI) -- A painting depicting late actress Bea Arthur nude from the waist up sold for nearly $2 million at a New York auction.

Christie's auction house said the John Currin 1991 painting, "Bea Arthur Naked" -- which depicts the "Golden Girls" and "Maude" actress topless as an elderly woman -- was purchased by an anonymous bidder over the phone for $1.9 million Wednesday, the New York Post reported Thursday.

The painting of Arthur, who never sat for the portrait, was controversial when it was unveiled in 1991, with critics calling it misogynist and supporters labeling it a feminist statement about confidence and age.

"It's historically significant -- it's radical to sexualize someone people think of as asexual," spokesman said. "The painting has a visual toughness to it -- but it's also fun."

Odd News // 16 hours ago
Reptile wrangler removes snake from toilet at Australian home
Jan. 27 (UPI) -- A snake catcher in Queensland, Australia, responded to a home to help with an unusual situation -- a 4-foot snake in the toilet.

Odd News // 16 hours ago
Fish spends owner's money, reveals credit card info on YouTube stream
Jan. 27 (UPI) -- A Japanese YouTuber created a custom setup to allow his pet fish to play Pokémon on his Nintendo Switch, but a malfunction led to the fish spending money at the eShop and revealing its owner's credit card information.

Odd News // 17 hours ago
Mouse at San Diego Zoo believed to be world's oldest at 9 years old
Jan. 27 (UPI) -- Officials with the San Diego Zoo said it is seeking Guinness World Records recognition for a Pacific pocket mouse believed to be the oldest in the world at the age of 9.

Odd News // 18 hours ago
Massive eel found washed up on Texas beach
Jan. 27 (UPI) -- A Texas researcher captured video of a rare discovery he made on a beach -- a 4-foot long American eel.