Brother and sister accused of stealing chips from factory

OCALA, Fla., May 12 (UPI) -- A pair of siblings from Florida face charges for allegedly stealing cases of Frito-Lay brand chips from a factory, officials said.

Darren L. Hagerman, 25, and Jessica L. Huggard, 22, who are brother and sister, were pulled over by police at about 11:30 p.m. Thursday after officers saw a young child jumping around in the backseat, a Marion County (Fla.) Sheriff's Office news release stated.

Then, when approached the vehicle, they noticed it was packed with Frito-Lay brand chips, the release said.

When being interviewed by police, Hagerman said he and his sister "got the chips from the dumpster."

However, factory workers said the gate to the facility had been locked. A deputy later found that Hagerman had a master key that worked on the gate lock at factory, the release said.

Hagerman and Huggard were arrested and charged with burglary and grand theft.

The child was put in the custody of relatives.

Odd News // 2 hours ago
Police rescue dog from Florida canal
Oct. 25 (UPI) -- Police in Florida came to the rescue of a dog that fell into a canal and found itself unable to climb out without assistance.

Odd News // 2 hours ago
Michael Jordan's rookie year shoes sell for record $1.47M
Oct. 25 (UPI) -- A pair of Nike shoes worn by Michael Jordan during his rookie season with the Chicago Bulls sold for a record-breaking $1.47 million at a Las Vegas auction.

Odd News // 2 hours ago
Lithuanian man sits in ice for 3 hours to break world record
Oct. 25 (UPI) -- A Lithuanian man put his endurance to the test by spending 3 hours and 1 minute submerged up to his neck in ice to break a Guinness World Record.

Odd News // 4 hours ago
ER nurses get engaged in elaborate hospital roof proposal
Oct. 25 (UPI) -- A pair of ER nurses who fell in love at the Georgia hospital where they both work became engaged in an elaborate proposal on the roof of the building. 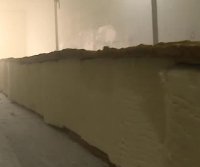