The message read, "Emergency Leave the Terminal," the Los Angeles Times reported, and was displayed for about 5 minutes in one of the terminals at around 10 p.m.

Law enforcement officers began searching for who was responsible for the breach and reviewed computer records to determine who may have hacked the system.

But airport officials said at 2 a.m. Tuesday the display of the message was triggered by accident by an airline contract worker with authorized access to the system. 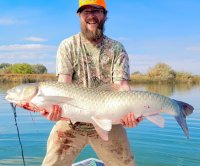 Odd News // 2 hours ago
Netherlands woman named world's tallest bodybuilder
Oct. 20 (UPI) -- An athlete from the Netherlands who stands at 5 feet, 11.92 inches has been declared the tallest female bodybuilder in the world by Guinness World Records.