FORSTER, Australia, April 22 (UPI) -- Experts said an Australian fisherman who was bitten on the legs by one of two gray nurse sharks he encountered was likely not the intended target.

They said the 51-year-old fisherman was standing in knee-deep water Sunday at Crowdy Head when he accidentally caught a nurse shark in his net and another shark approached, the Australian Broadcasting Corp. reported Monday.

"The gray nurse shark was operating around a school of mullet, I mean that's what gray nurse sharks do, they're fish eaters," fishing commentator Peter Russel said. "This fellow had a gray nurse in his net, and he was letting that go when the other one raced in and chomped him."

Peter Hitchins, co-owner of South West Rocks Dive Center agreed that the incident was not an attack but rather a case of mistaken identity.

"This is not a shark attack," he said. "Gray nurse sharks are not a threat; they are still the Labradors of the sea. He was in a school of shark food and accidentally got nipped. In shallow water with the sand stirred up, they can't see what's going on. All they know is that food's there and I doubt he even saw the guy's legs, he was just biting for food."

The fisherman was taken to John Hunter Hospital with puncture wounds and lacerations to both legs. 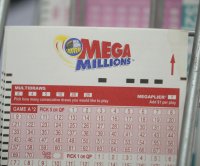 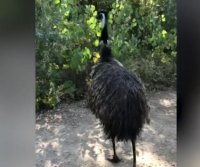 Odd News // 1 hour ago
Danish artist pockets museum's cash, declares it conceptual art
Sept. 28 (UPI) -- A Danish artist who was loaned $85,000 cash by a museum to use in a pair of artworks instead turned in two empty frames under the title, Take the Money and Run. 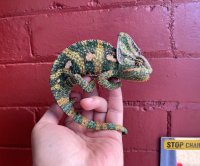