The moon is waning. The morning stars are Mercury, Saturn and Neptune. The evening star is Jupiter.

In 1866, the U.S. Congress passed the Civil Rights Bill of 1866, which granted African-Americans the rights and privileges of U.S. citizenship and formed the basis for the 14th Amendment to the U.S. Constitution.

In 1959, the National Aeronautics and Space Administration introduced America's first astronauts to the public. The seven men, all military test pilots, were carefully selected from a group of 32 candidates to take part in Project Mercury.

In 1965, the Astrodome opened in Houston for the first indoor major league baseball game.

In 1976, the United States and the Soviet Union agreed on the size of nuclear tests for peaceful use.

In 1991, the Soviet republic of Georgia declared independence.

In 1996, former U.S. Rep. Dan Rostenkowski, D-Ill., pleaded guilty to mail fraud and was sentenced to 19 months in prison.

In 1997, a government of unity was launched in Angola, three years after the end of the country's 19-year civil war, with the seating of 70 members of the rebel UNITA party in Parliament.

In 1998, tornadoes and storms took 39 lives in Alabama, Georgia and Mississippi.

In 1999, the president of Niger was assassinated, reportedly by members of his own guard. A military junta led by the commander of the presidential guards took over.

In 2000, Peru's President Alberto Fujimori failed to win a first-round election victory, forcing a runoff in May, which he won. However, a vote-fraud scandal forced him to step down later in the year.

In 2003, the mood in Iraq became exuberant as Iraqis, with help from Americans, toppled a 20-foot statue of Saddam Hussein in Baghdad's Firdos Square.

In 2005, Prince Charles, heir to the British throne, married Camilla Parker Bowles, his long-time companion, at Windsor Castle. She took the title duchess of Cornwall.

Also in 2005, authorities in Lusaka, Zambia, said more than 40 schoolchildren, on their way home at the end of the term, were killed near Lusaka when the truck in which they were riding overturned.

In 2008, the World Bank reported that worldwide food prices had risen 83 percent over the three-year period preceding February 2008.

In 2009, the Obama administration asked Congress for $83.4 billion, of which $75.8 billion was intended for the wars in Iraq and Afghanistan, in additional funds for the balance of the 2009 fiscal year.

In 2010, U.S. Supreme Court Justice John Paul Stevens, 11 days shy of 90, announced he would retire after 35 years on the court where he was widely regarded as leader of the court's liberal bloc.

In 2011, "Arab Spring" hostilities escalated in Libya, Yemen and Syria and flared anew in Egypt. Meanwhile, an African Union cease-fire proposal for Libya was accepted by Moammar Qaddafi but rejected by the rebels because it didn't call for Gaddafi's ouster.

Also in 2011, a bombing that killed 11 people and severely injured 26 others marred the first of three elections in Nigeria.

In 2012, South Korea's national police chief, Cho Hyun-oh, resigned amid criticism of how police handled an emergency call from a woman later killed by her kidnapper. Cho apologized for the "carelessness of the police and the horrendous results it led to."

A thought for the day: Samuel Taylor Coleridge wrote, "Advice is like snow; the softer it falls, the longer it dwells upon and the deeper it sinks into the mind."

Odd News // 13 hours ago
South Carolina woman wins $50,000 lottery prize on her birthday
Aug. 3 (UPI) -- A South Carolina woman ended up having an extra happy birthday when a scratch-off lottery ticket she bought on her special day earned her a $50,000 prize. 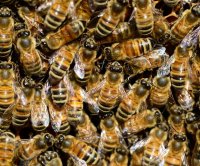 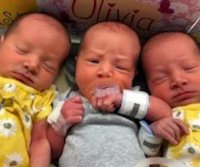 Odd News // 17 hours ago
Woman reunited with class ring lost 29 years earlier
Aug. 3 (UPI) -- A Virginia man on a quest to find the owner of a high school class ring he found among his items destined for auction was able to reunite the ring with the woman who lost it nearly 30 years earlier.

Odd News // 17 hours ago
Emu on the loose in Ohio county
Aug. 3 (UPI) -- An Ohio animal shelter is warning area residents to be on the lookout for a loose emu seen wandering near a busy road.