In 1765, the British Parliament passed the Stamp Act for taxing the American colonies, an action that became a major grievance for rebellious colonials.

In 1775, in a speech supporting the arming of the Virginia militia, Patrick Henry declared, "Give me liberty or give me death."

In 1942, during World War II, Japanese-Americans were forcibly moved from their homes along the Pacific Coast to inland internment camps.

In 1965, Astronauts Gus Grissom and John Young are launched in Gemini 3, the first U.S. two-man crew in space.

In 1966, Pope Paul VI met Britain's archbishop of Canterbury at the Sistine Chapel in the Vatican, the first meeting between the heads of the Roman Catholic and Anglican churches in 400 years.

In 1983, the world's first recipient of a permanent artificial heart, Barney Clark of Seattle, died in a Salt Lake City hospital.

In 1985, the United States completed the secret air evacuation of 800 Ethiopian Jews to Israel.

In 1989, Dick Clark retired from hosting the TV show "American Bandstand" after 33 years.

In 1999, the vice president of Peru was assassinated.

In 2001, the United States expelled 40 Russian diplomats it said were spies. The action had come in response to the arrest of FBI agent and accused Russian spy Robert Hanssen.

Also in 2001, the Russian space station Mir was brought down in the Pacific Ocean near Fiji after more than 15 years in orbit.

In 2003, a U.S. soldier was arrested after allegedly throwing grenades into the tents of three American officers in Kuwait. Two soldiers died, 12 others were wounded.

Also, nine U.S. Marines were killed in Nasiriyah where fellow Marines found 3,000 chemical warfare suits and masks at a hospital.

In 2004, NASA said findings on Mars suggest a sea once covered part of the planet.

In 2005, Iraqi forces attacked a training camp for suspected insurgents west of Baghdad, killing 80 gunmen in one of the largest operations to stamp out terrorism.

Also in 2005, an explosion at a BP refinery in Texas City, Texas, killed 15 workers and severely injured several others.

In 2007, eight British sailors and seven marines on a U.N. mission patrolling the Persian Gulf were seized at gunpoint by members of the Iranian Revolutionary Guard who accused them of being in Iranian waters. The British insisted they were in Iraqi territorial waters.

In 2008, officials said the U.S. military death toll in the Iraq war, in its sixth year, climbed to more than 4,000 with the deaths of four U.S. soldiers in Baghdad. The reported wartime wounded roster passed 29,600.

In 2009, the Mexican government offered rewards of up to $2 million apiece for information leading to the capture of 24 drug kingpins and $1 million each for 13 of their top lieutenants.

In 2010, U.S. President Barack Obama signed the landmark healthcare reform bill into law. The legislation was designed to extend health insurance to some 32 million Americans over a 10-year period.

Also in 2010, a former community doctor with a history of mental health problems was accused of fatally stabbing eight children and injuring five others in an attack at a school in China's Fujian Province.

In 2011, a U.S. soldier pleaded guilty to murder charges accusing him of killing three Afghan civilians for sport. Spc. Jeremy Morlock of Wasilla, Alaska, sentenced to 24 years in prison, told his court-martial, "The plan was to kill people."

Also in 2012, Pope Benedict XVI condemned the "evil" drug war and its violence before landing in Mexico for a six-day visit to Mexico and Cuba. He said it's the responsibility of the church to "unmask the evil" that spreads money worship, lies and fraud behind drugs.

A thought for the day: Erich Fromm wrote, "That man can destroy life is just as miraculous a feat as that he can create it, for life is the miracle, the inexplicable." 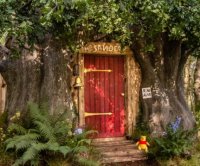 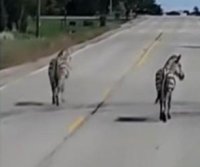 Odd News // 20 hours ago
Two escaped zebras captured after wandering into Wisconsin road
Sept. 16 (UPI) -- Sheriff's deputies in Wisconsin responded to an unusual situation when multiple 911 callers reported a pair of loose zebras walking down the middle of a road.