BARNSTABLE, Md., Jan. 27 (UPI) -- Police in Maryland say a drunk driving suspect essentially turned himself in when he drove into the back parking lot of a police station.

Michael Sheehan, 57, was arrested and charged with operating under the influence and trespassing by motor vehicle after he allegedly failed a sobriety test in the parking lot, the Boston Herald reported.

The parking lot was marked "Do Not Enter" and "Police Personnel Only."

"We didn't even have to transport him," Barnstable Sgt. Michael Riley said.

Sheehan was walked from his car to a holding cell inside the station, Riley said.

The suspect has posted bail and was scheduled to be arraigned Monday. 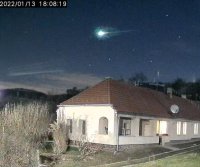