LONDON, Nov. 5 (UPI) -- A Christian charity in England is calling for an end to "commercialized" Christmas lists in the form of letters to Santa Claus.

The Mothers' Union is calling for an end to the "commercialized" tradition, which it said pressures parents into creating the largest-possible "present pile" for Christmas morning, The Daily Telegraph reported Monday.

The charity said its research indicates about 46 percent of parents have taken out loans or landed in financial trouble trying to please children during the holidays.

"We wouldn't want to spoil the traditions of Christmas but we are asking parents to consider ditching the Christmas list specifically to help reduce this sense of disappointment at what should be a time of happiness for all the family," said Reg Bailey, chief executive of Mothers' Union.

Rowan Williams, the archbishop of Canterbury, is supporting the initiative.

"There's a steady pressure on us as parents to buy things for our children. It's a pressure that comes from our children and it often reflects the sheer volume of marketing that they are exposed to on a daily basis," Williams said.

Odd News // 5 hours ago
Ontario man collects his second big lottery prize in under a year
Sept. 20 (UPI) -- An Ontario man welcomed his second dose of lottery luck when he scored a $78,000 prize less than a year after winning $39,000.

Odd News // 6 hours ago
Florida woman's lost dog turns up on Facebook nearly a year later
Sept. 20 (UPI) -- A 15-year-old dog that went missing from his owner's Florida home was reunited with the woman nearly a year later when she spotted his photo on an animal rescue's social media page.

Odd News // 7 hours ago
Escaped sheep lead Texas officers on highway foot chase
Sept. 20 (UPI) -- A pair of sheep got loose from their pen in Texas and led animal care officers on a foot chase that at one point ended up on a busy highway. 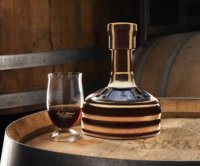 Odd News // 8 hours ago
Ghost town remnants emerge from drought-stricken Utah reservoir
Sept. 20 (UPI) -- Drought conditions in a Utah reservoir led to the revealing of an unusual piece of the state's history -- the remnants of a ghost town. 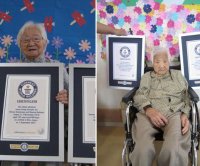