Eric Hartsburg posted an eBay listing in August offering the side of his head as permanent ad space for whatever the winning bidder chose, ABC News reported.

The winning bidder -- a Republican eBay user who preferred to remain anonymous -- paid $15, 000 to have Hartsburg tattoo Mitt Romney's presidential campaign "R" logo on his face. Hartsburg got the tattoo Tuesday.

Hartsburg said the eBay listing started as a joke.

"In the beginning it was done for gags and publicity, but now I see it as a way to encourage young people to vote.

"We have so many rights that we don't utilize and young people need to exercise that right," he said.

Hartsburg is auctioning off his forehead space now, with a minimum bid of $5,000. His only requirement for bidders is that it their ads not be racist or otherwise offensive.

Odd News // 15 hours ago
Police respond to report of big cat on the loose in London
May 26 (UPI) -- Police responded to an affluent London neighborhood on a report of a "big cat" with cheetah-like markings and determined the animal was a domesticated Savannah cat.

Odd News // 16 hours ago
Man who forgot about lottery ticket learns of win from email
May 26 (UPI) -- An Australian man said he had forgotten about his lottery ticket until he scrolled through his email and discovered he had won more than $65,000.

Odd News // 16 hours ago
Ohio state troopers stop highway traffic for goose family crossing
May 26 (UPI) -- Ohio state troopers responded to a stretch of highway to stop traffic and rescue a family of stranded geese spotted by a state representative.

Odd News // 18 hours ago
Florida baseball team lists stadium on Airbnb
May 26 (UPI) -- A minor league baseball team in Florida is putting its stadium to good use amid a delayed season by renting out the property on Airbnb.

Odd News // 19 hours ago
Alligator found in Kentucky Lake likely a former pet
May 26 (UPI) -- Wildlife officials said an alligator found in a Kentucky lake most likely was a pet released by its owner when it became too large to keep.

Odd News // 20 hours ago
Man metal detecting on Texas beach finds couple's lost ring
May 26 (UPI) -- A Texas man walking a beach with his metal detector came to the rescue of a distraught couple whose engagement ring was lost in the water.

Odd News // 21 hours ago
Boy, 13, graduates college with four associate's degrees
May 26 (UPI) -- A 13-year-old boy has become the youngest person to ever graduate from a California college after earning four associates degrees in two years. 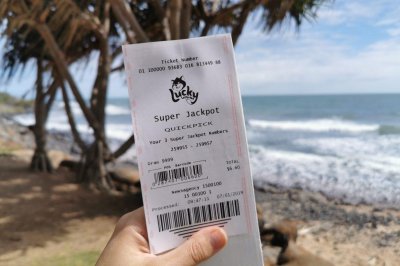