In 1954, Marilyn Monroe and Joe DiMaggio divorced, reportedly after a blowup over her famous scene in "The Seven-Year Itch" in which a blast of air lifts her skirt.

In 1993, U.S. President Bill Clinton and first lady Hillary Clinton presented Congress with the administration's plan for healthcare reform in a ceremony at the Capitol.

Also in 1993, Southern California was hit by dozens of brush fires -- the worst in six years. Hundreds of homes were destroyed and thousands of people fled the flames.

In 1998, Hurricane Mitch, one of the strongest recorded Atlantic storms, began its four-day siege of Central America, causing at least 10,000 deaths.

In 2003, as many as 40 civilians and U.S. soldiers were killed in terrorist bombings in Baghdad. Among the targets was the headquarters of the International Committee of the Red Cross.

In 2004 sports, The Boston Red Sox won the World Series for the first time in 86 years.

In 2007, Russian observers predicted correctly that Vladimir Putin would seek the post of prime minister when he stepped down from the presidency.

In 2008, U.S. Sen. Ted Stevens, R-Alaska, at 84 the longest-serving Senate Republican in history, was found guilty of seven federal felony charges related to unreported gifts and renovation work on his home. The convictions were vacated due to prosecutorial misconduct.

Also in 2009, a new Anglican rite within the Roman Catholic Church would allow married Anglican clergy to be ordained as Catholic priests but only unmarried clergy could serve as bishops, church leaders said.

In 2010, with the midterm national elections less than a week away, an official report estimated that about $4 billion had been spent, a record for a nonpresidential year and around $1 billion more than was spent in 2006.

Also in 2010, at least 60 people, mostly women and children, were killed in Afghanistan when a three-story mud-brick house collapsed during a wedding.

In 2011, most "Occupy" demonstrations on economic matters that began on Wall Street and spread across the United States were peaceful. But, a rally in Oakland, Calif., turned violent when police used force to keep protesters from setting up a tent camp in a downtown plaza from which they had been evicted earlier.

A thought for the day: U.S. President Theodore Roosevelt said, "The first requisite of a good citizen in this Republic of ours is that he shall be able and willing to pull his own weight."

Odd News // 16 hours ago
Spilled potatoes freeze to Minnesota highway after truck crash
Jan. 20 (UPI) -- Transportation officials in Minnesota said a stretch of highway was closed Thursday when a truck lost its load of potatoes and the spuds froze in place on the road. 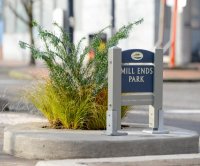 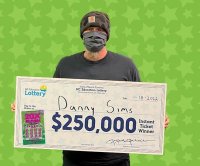