MOTALA, Sweden, Aug. 24 (UPI) -- Swedish police said they are searching for a man whose fascination with garbage leads him to hide in refuse trucks and film trash collectors at work.

Police in Motala said the 35-year-old man, whose name was not released, has repeatedly been seen riding on and inside garbage trucks, The Local.se reported Friday.

"At one point he was lying hidden in a Dumpster full of trash that they were about to empty," police spokesman Egon Persson said. "Sometimes he hangs on at the back of the truck, without the driver's knowledge. Sometimes he climbs up on the roof of the vehicle."

Trash collectors said they are on the lookout for the man.

"He likes to lie on the roof of the truck and film the men at work," foreman Per Andersson said. He said the man was lucky some workers discovered him inside a garbage truck before he was seriously injured.

Andersson said the man does not seem to be motivated by environmental or political issues.

"No, this is a sick man. He has an enormous interest in rubbish and our work," he said.

Odd News // 6 minutes ago
Menu from 1913 found in rafters of British cafe
May 6 (UPI) -- Workers doing renovations on a cafe in England made a surprising discovery inside the ceiling -- a menu from the restaurant that occupied the building in 1913.

Odd News // 1 day ago
Mom's video captures 6-year-old fleeing from shark at Hawaii beach
May 5 (UPI) -- A mother recording her 6-year-old daughter playing in the waves at a Hawaii beach captured the moment the girl was chased out of the water by a shark. 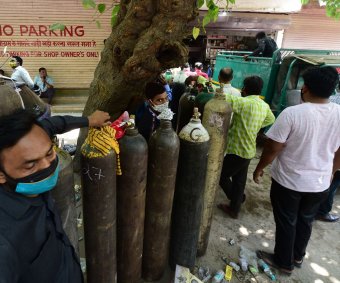