In 1831, slave Nat Turner launched a bloody slave insurrection in Southampton County, Va., leading to the deaths of 60 people. Turner, an educated minister who considered himself chosen by God to lead his people out of slavery, was hanged.

In 1951, the United States ordered construction of the world's first atomic submarine, the Nautilus.

In 1959, Hawaii was admitted as the 50th state to the United States.

In 1968, the Soviet Union and other Warsaw Pact forces invaded Czechoslovakia to end its bid for independence from Moscow.

In 1983, Philippine opposition leader Benigno Aquino was assassinated as he stepped from a plane at the Manila airport.

In 1986, gas belching from a volcanic lake in the remote mountains of Cameroon killed more than 1,700 people and injured 500.

In 1991, a coup to oust Soviet President Gorbachev collapsed two days after it began.

In 1992, fugitive neo-Nazi leader Randall Weaver opened fire on U.S. marshals from inside his Idaho mountaintop home. His wife and teenage son and a deputy marshal died during the 11-day standoff.

In 2002, U.S. President George W. Bush said that while no decision had been made whether to go to war against Iraq, he believed a "regime change" would be "in the best interest of the world."

In 2004, two French journalists were reported kidnapped by Islamic radicals who demanded France repeal its ban on Muslim headscarves in school. France refused.

In 2005, sectarian violence erupted in Northern Ireland with about 400 nationalists and loyalists rioting in Belfast. There were no serious injuries reported.

In 2006, deposed Iraqi leader Saddam Hussein went on trial on a second mass murder journalists were reported kidnapped by Islamic radicals who demanded France repeal its ban on Muslim charge in Baghdad, this one involving the deaths of 148 men and boys in an alleged revenge attack. He already was being tried in relation to the deaths of thousands of Kurds.

In 2007, Hurricane Dean, a Category 5 storm with wind gusts of 200 mph, slammed into a relatively unpopulated area of the Yucatan Peninsula as the third-most powerful recorded Atlantic hurricane at landfall.

Also in 2009, Hawaii observed its 50th anniversary as a member of the United States.

And, the U.S. Centers for Disease Control, assessing the H1N1 virus, or swine flu, in a mostly flu-free time of year, said there had been 522 reported deaths from confirmed cases of the illness and 7,963 people hospitalized.

In 2010, Chinese officials braced for more rain after floods destroyed 230 houses and forced the evacuation of 51,000 people along the swollen Yalu River which separates China and North Korea.

Also in 2010, engineers loaded fuel into Iran's first nuclear reactor to be operated by Russia on the Persian Gulf in southwestern Iran for the production of electricity.

In 2011, Libyan rebels stormed into Tripoli to seize control of Moammar Gadhafi's besieged country, with NATO support, and set up their own government at the end of a three-day battle.

A thought for the day: it was Ernie Pyle who said, "I write from the worm's-eye point of view."

Odd News // 2 hours ago
Pigeon spotted in Nevada wearing tiny sombrero
Jan. 17 (UPI) -- Officials in a Nevada city said they are trying to find and rescue a pigeon seen wandering around with a sombrero apparently glued to its head.

Odd News // 3 hours ago
Overturned truck releases 1,738 piglets onto Iowa highway
Jan. 17 (UPI) -- Police and animal rescuers responded to a highway in Iowa to round up more than 1,700 piglets that escaped from an overturned truck.

Odd News // 4 hours ago
Escaped horse rides city bus in Wales
Jan. 17 (UPI) -- A horse found running loose in the streets of the Welsh capital was captured by witnesses and loaded onto a bus for a brief ride.

Odd News // 17 hours ago
Stanford researchers' PigeonBot provides insight into mechanics of bird wings
Jan. 16 (UPI) -- A team of scientists at Stanford University created a robot from pigeon feathers to better understand the mechanics of how birds fly.

Odd News // 1 day ago
Vancouver university's snowball fight snowed out, rescheduled
Jan. 16 (UPI) -- The University of British Columbia in Vancouver had to cancel its annual snowball fight Wednesday because of too much snow, but the event was rescheduled to Thursday.

Odd News // 1 day ago
A bar made out of 1 million legos will come to Orlando in March
Jan. 16 (UPI) -- Adults who loved legos can enjoy childhood nostalgia as the Pop-Up Brick Bar, consisting of over 1 million Legos, comes to Orlando on March 20 to 21.

Odd News // 1 day ago
Security camera reveals cat burglar was an actual cat
Jan. 16 (UPI) -- A New Zealand family whose home was repeatedly targeted by a burglar who stole only fish food set up a security camera and identified the culprit: a neighborhood cat. 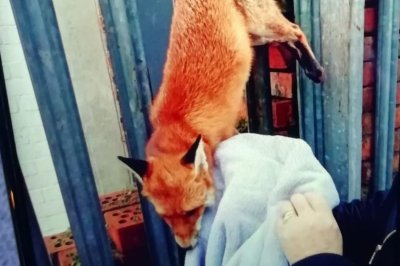 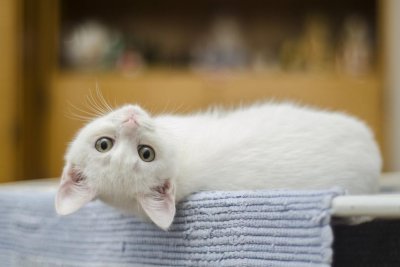