Viorica Marian, associate professor of communication sciences, said her team needed to invent a new language to conduct research into whether knowing multiple languages makes learning a new language easier, and they chose Colbert as the language's inspiration due to his tendency to invent new words as part of his political satire.

"Stephen Colbert has brought new words like 'truthiness' and 'Lincolnish' into the lexicon," Marian said. "We had to invent a new language to do our research, and no one invents words as readily as Stephen Colbert. Naming our new language after Colbert was a no-brainer."

Marian said the Colbertian words were designed not to resemble any words in English or Spanish.

"It turns out that skill, once acquired, helps you learn a new language. And that knowledge of another language confers all kinds of benefits," he said.

Odd News // 13 hours ago
Kansas woman becomes third sister to turn 100
Dec. 1 (UPI) -- A trio of Kansas sisters are celebrating after the youngest of them celebrated her 100th birthday. 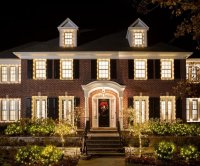 Odd News // 16 hours ago
Loose horse runs with traffic on Massachusetts highway
Dec. 1 (UPI) -- Travelers on a highway in Massachusetts faced an unusual traffic hazard when a horse entered the roadway and galloped alongside their vehicles.